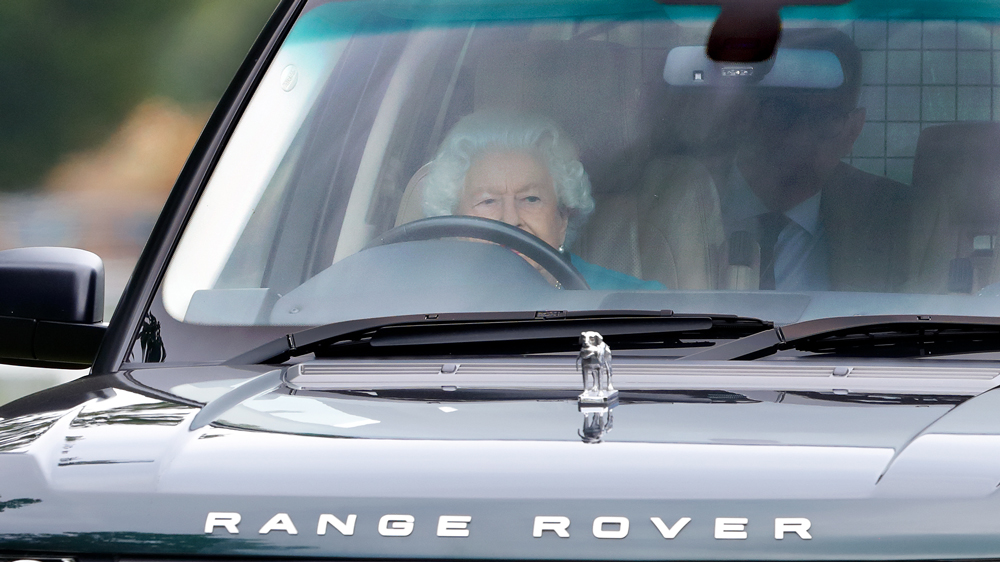 The late Queen Elizabeth II could accurately be described as a conspicuous consumer of British luxury. Not that she did anything as vulgar as flaunting her wealth and status—far from it. More that she was acutely and professionally aware of how she looked, famously choosing to wear bright colors, for example, so as to be easy to spot in a crowd. She was always aware, also, that her choices would be noticed—and that by wearing clothes by homegrown brands, she was championing British luxury as surely as she would later do when she joined Anna Wintour on the front row at London Fashion Week in 2018. The Queen would often “buy British” (as Britons were urged to do in the strife-torn 1970 and ‘80s). But not always, and a keen sense of patriotism didn’t preclude her from owning countless Hermes scarves, along with some by Burberry (plus their classic trench).

As Prince of Wales, Charles, now Charles III, has shown similar but not identical impulses. He’s long been a patron of what’s now called “slow fashion,” as practiced on Savile Row and Jermyn Street, where the new king has always purchased many of his clothes (bespoke, of course). But he was an early and prescient eco warrior of sorts—which informs passion projects such as the Campaign for Wool, while his commitment to training young people and supporting ancient and modern crafts drives the Modern Artisan schemes delivered by his The Prince’s Foundation. Meanwhile Charles’s old Aston Martin DB6, a relic of his carefree bachelor days, is now re-engineered to work on sustainable bioethanol.

But we know all of this because unlike the rest of us, the brands consistently patronized by the Royal Family become a matter of public record—often in the form of the Royal Warrants (“By appointment to”) which adorn everything from Savile Row tailoring houses to dry cleaners and Waitrose’s supermarket delivery vans. These are powerful endorsements, but we can also see in the late Queen’s warrants the mix of her public and private lives—and what the New Yorker just described as “a life made up of privilege and sacrifice, and even those who resented the former acknowledged the latter.”

Uniforms—by equestrian specialists Bernard Weatherill or Gieves & Hawkes; royal robes for state occasions—by Ede & Ravenscroft—all on the Row. Those understated handbags, discreet, but reassuringly expensive—by Launer, based in Walsall, a not very glamorous town in the Midlands which quietly turns out superb leatherwork, including saddlery for the Windsors, this most horsey of families. Brollies by Fulton (transparent when on duty—that focus on visibility again). Shoes mostly by Anello and Davide of London, which started out making shoes for ballet and theatrical dancers, before branching out in the 1960s when they made Chelsea boots for the Beatles—and patent leather shoes for the Queen, typically with a squarish two-inch heel. But what was the Queen, after all, gamely launching ships, opening schools and Parliaments with a heavy crown on her head, hosting “friendly” despots at home in the service of the nation, visiting the Commonwealth or going on royal walkabouts—but an accomplished and seemingly tireless performer, spending long days on her feet, often followed by long evenings of gala and speeches?

As for making an entrance for such occasions, it is easy to picture the young Queen gracefully exiting a Rolls-Royce Phantom, her Norman Hartnell gown topped off with diamond necklace and tiara. But equally indelible are the images of her in later years (and as played by Helen Mirren in The Queen) in off-duty mode—behind the wheel of a Land Rover, a sensibly dressed countrywoman wearing a Barbour and one of those Hermes scarves. And in the warrants HM’s downtime is represented by the likes of Musto (activewear), Hunter (wellington boots), Kinloch Anderson (kilts, in the Balmoral Tartan her forebear Prince Albert designed for her Scottish home, where she passed away this week). Not to forget James Purdey & Sons—the London gunmaking firm which has enjoyed the patronage of every British monarch since Queen Victoria.

Shared pastimes and a shared appreciation of craftsmanship—passed between different generations of royals—helps explain Purdey’s long run and also the fact that quite a few British firms have often had multiple royal warrants—supplying the Queen, the late Prince Philip and Charles, now Charles III. It was the Queen’s mother, aka the Queen Mother—a woman who had a magnificent appreciation for the finer things in life—who first introduced to her daughters some of her favorite British luxury brands. She gave young Elizabeth her first Launer bag (the first of what would become more than a hundred) and introduced her to Norman Hartnell.

The couturier had famously dressed the elder Queen Elizabeth for a state visit to Paris on the eve of war in 1938, a task made tricky by the sudden death of her mother, Lady Glamis. Fortunately, Hartnell remembered that white had once been the color of royal mourning and created a collection of white frothy frocks which reminded Parisians of the crinoline dresses worn by the Second Empire society beauties portrayed so dreamily in Winterhalter’s paintings. They were charmed—just as the Windsors were charmed by the courtly and urbane Hartnell. After the war the Queen Consort and the young princesses Elizabeth and Margaret were frequent visitors to his chic Mayfair showroom. Here Elizabeth was fitted for the dresses that she wore to her wedding in 1947 and her coronation in 1953—while throughout her life the Queen wore gloves made by Cornelia James, like Launer, a refugee from Nazism, introduced to her by Hartnell.

The Queen had a penchant for Launer handbags.  Hannah McKay - WPA Pool/Getty Images

With the accession of Charles III, some of those long-held warrants look set to lapse, unless of course Kate Middleton, now Duchess of Cornwall and Cambridge and in line for her own set of By Royal Appointments, decides to set a fashion for wearing gloves. Each generation of royals brings with it new styles, new priorities to promote. The King certainly likes his English menswear—from Turnbull & Asser to the relative newcomer, Hackett. Fictionalized in The Crown we saw the young Charles being introduced to his tailors by his great-uncle, Lord Mountbatten—while of course Charles’s other uncle, the Duke of Windsor, was an object lesson in stylish dressing (if not in kingship). But Charles’s father, Prince Philip, was also a stylish role-model, who like Charles wore John Lobb shoes and got his naval uniforms from Gieves & Hawkes.

But these two Windsors have more in common in that. Philip, like Charles, was a notable nurturer of young talent—and also an innovator. So he must have approved of Duchy Originals, Charles’s entrepreneurial venture marketing premium organic food grown on his own land—much of it delivered by those Waitrose vans emblazoned with his own and his late mother’s royal warrants. The profits from the business go into his The Prince’s Foundation, where in turn they help fund schemes like the Modern Artisan training scheme. It is a different approach from his mother’s the Queen, but surely the sense of service is entirely the same.