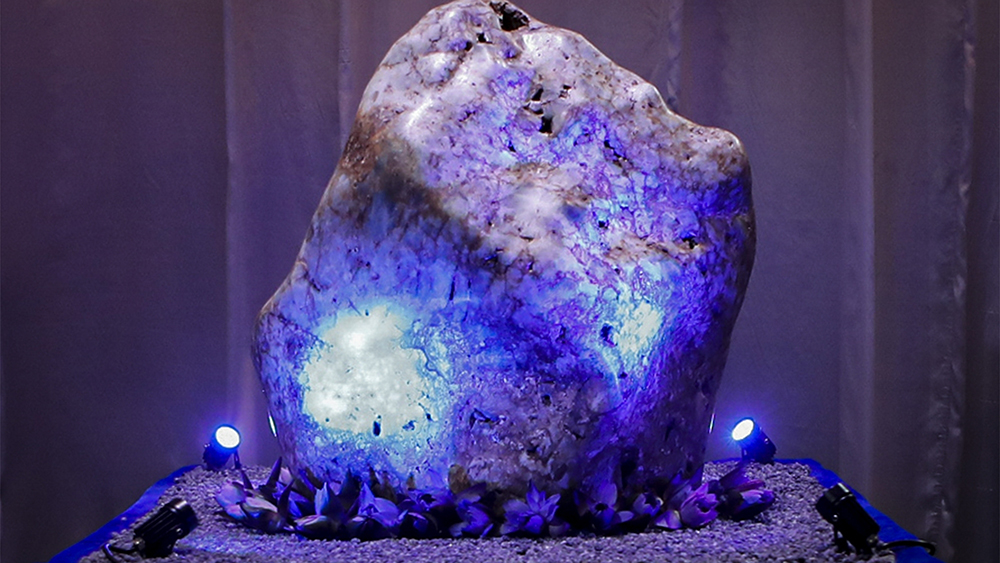 Sri Lanka’s City of Gems is certainly living up to its moniker. A few months after unwitting construction workers discovered the world’s largest star sapphire cluster in a backyard in Ratnapura, a Sri Lankan gem company has shown off one of the biggest natural corundums ever found in the country.

The royally massive gemstone, dubbed the Queen of Asia, tips the scales at a staggering 683 pounds. It was discovered in a gem pit in the southern city of Ratnapura in September, but was unveiled by the owners last Sunday.

Sri Lanka’s National Gem and Jewelry Authority carried out a series of gemological tests on five samples taken from the rock and has determined that it’s one of the rarest gems in the world, as reported by the Associated Press.

“To our knowledge, this specimen is indeed a rare specimen and not recorded in the geological literature,” read the authentication letter.

Shanka Ruwanditha, a director of the Gemological Institute of Ratnapura, which currently owns the massive stone, told the AP Monday that the institute plans to enlist a gem valuer soon to determine the price of the rock.

The rarity was discovered in Ratnapura in September.  Eranga Jayawardena

Separately, the Institute’s president Chamila Suranga told Forbes the Queen of Asia could be worth more than $100 million. Suranga also confirmed the institute is targeting potential buyers including museums and wealthy private collectors in the Middle East.

It is worthwhile noting, though, that although the Queen of Asia could potentially yield a lot of carats, there is no guarantee that all of the pieces will produce high-quality sapphires when polished.

The sapphire could be worth more than $100 million.  Eranga Jayawardena

Ratnapura has certainly earned its nickname; it has been unearthing precious stones for centuries. In fact, last year, the country’s jewelry market earned around half a billion dollars through the export of diamonds, sapphires and the likes. Hey, that’s one claim the City of Light can’t make.