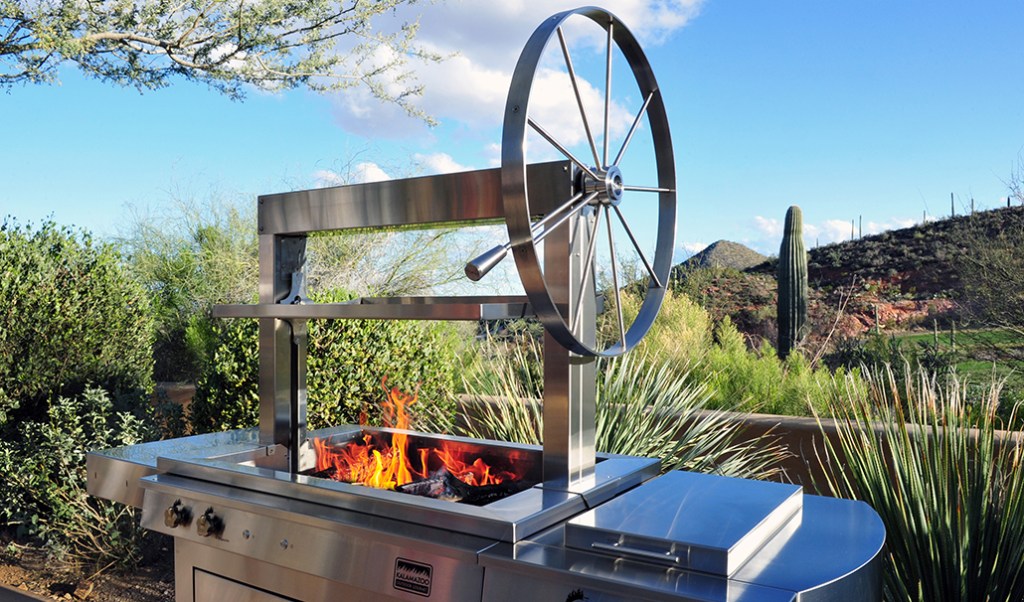 As part of the New World, Argentina receives its culinary influences from a bounty of sources. Second only to the United States in immigration, the population of Argentina boasts influences not only from its indigenous people and those of neighboring South American countries, but from Spanish, Italian, and German settlers. These forces combine to create one of the richest cuisines in the world.

This diversity shows itself in Argentina’s reputation for a love of eating. Sharing a meal is generally considered the most important gesture of friendship and warmth. Abundant livestock and agriculture make cooking on the grill second nature, and asado, or Argentine barbecue, is often equated with national identity. Whether with gauchos cooking over an open flame in Patagonia or in the kitchen of a cutting-edge chef in Buenos Aires, fire is at the heart of this love affair with food.

Imagine skirt steaks on a parrilla served with cracklingly crisp, golden potatoes, or fresh salmon seared to perfection with sides of ripe tomatoes and creamy, lemony mashed avocado. No matter the menu, Argentine grilling always employs the choicest ingredients cooked with simplicity and with a reverence for open flame.

Luckily, one doesn’t have to schedule a guided tour to experience the joys of pampean dining. The Gaucho Grill by Kalamazoo Outdoor Gourmet takes the enduring Argentine-style grill and brings it into the 21st century. With greater simplicity and more fun, the backyard chef can achieve the same intense, smoky flavor of burning wood. A gas-powered starter burner is used to easily light a wood or charcoal fire. But the most noticeable feature of the Gaucho is its massive 30-inch spoked stainless-steel wheel that raises and lowers the cooking surface. For high-temperature searing, place the cooking surfaces level with the grill frame. Raise the cradle up to 18 inches above the fire for slow, low-temperature cooking. As wood or charcoal burns, debris falls through the grates into a sturdy clean-out bin.

Hand built at the time of order in Kalamazoo, Mich., the Gaucho Grill has made a time-honored tradition new again.