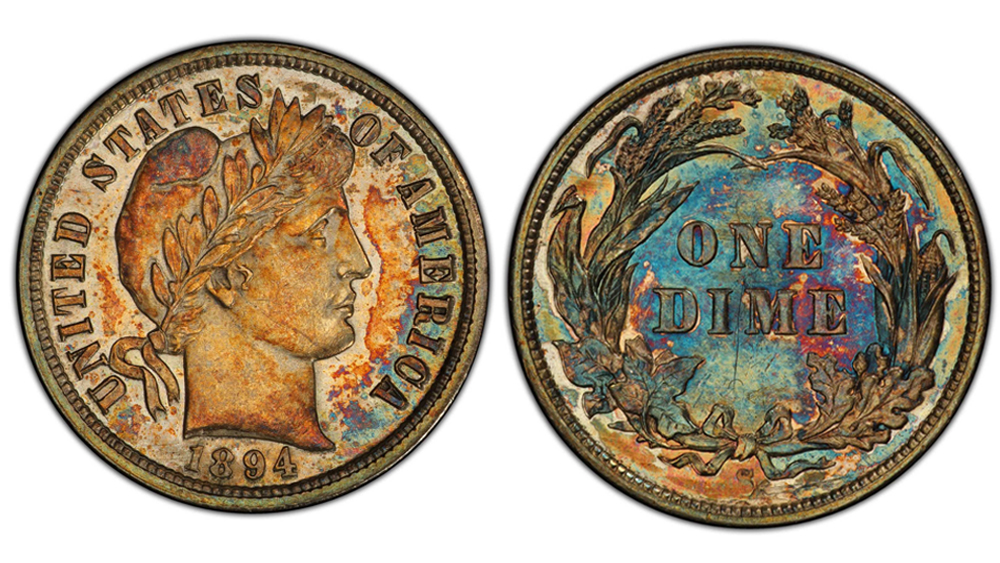 Paying a million dollars for a dime sounds highly illogical—or like astronomical inflation—but that’s exactly what collectors expect when an ultra-rare 10 cent coin from the 1800s is tossed onto the auction block next Thursday.

Because this ain’t no ordinary dime. The 1894-S Barber Dime, or the “94-S Dime” as it’s known in the coin world, is one of only nine surviving today. Some believe that an original set of 24 were serendipitously struck at the San Francisco Mint in order to use up some leftover silver bullion—but given the country was in the throes of an economic depression, no more were made during the year. Theories about their origin story vary, but however they were made, their striking produced an accidental rarity.

Today, just nine of these dimes are known to exist—the rest lost or destroyed—making this a key piece in the United States’ numismatic history.

It’s been more than 10 years since the coin peddlers at Stack’s Bowers Galleries—the oldest, most respected numismatic auction house in America—have had the opportunity to offer such a unique 10-cent piece for sale. This particular dime was purchased at auction 31 years ago for $70,400, and online bidding has already reached $850,000. In 2016, another 94-S dime fetched $2 million at a Florida auction, making the current $1 million estimate look more and more likely. Unconvinced? Stack’s recently sold the most valuable U.S. coin offering ever assembled—The Pogue Collection—for an eye-watering $106 million.

“Market appearances are few and far between, for 1894-S dimes have traditionally spent years, if not decades, in tightly-held collections. Even collectors with sufficient funds to acquire an 1894-S dime are often delayed in, if not denied, realizing their dream for lack of a buying opportunity,” Stack’s Bowers said in a release.

The auction will take place at the American Numismatic Association World’s Fair of Money in Chicago on Thursday, August 15. Other highlights include a legendary 1876 20-cent piece—bidding is currently sitting at $280,000—and a phenomenally rare Saint-Gaudens Double Eagle coin from the 1930s, currently at $260,000.