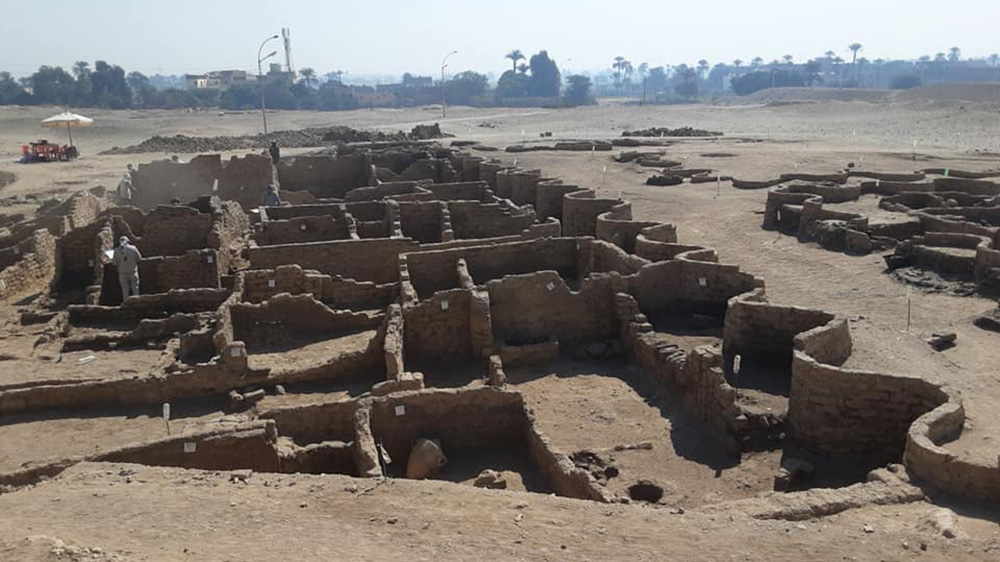 Archeologists never know what they’ll find on a dig. Sometimes it might be a Paleolithic-era fossil. Other times, it might be an entire ancient city, which is what happened on a recent dig in Egypt.

Named “The Rise of Aten,” the forgotten city was unearthed last fall beneath the sand of the western bank of Luxor, site of ancient Thebes, reports Smithsonian Magazine. The 3,000-year-old city is the largest ancient municipality discovered in the country and has already been referred to as the most important architectural find within the country’s borders since the discovery of King Tut’s tomb nearly 100 years ago.

The ancient city is believed to date back to the reign of King Amenhotep III, who ruled over Egypt from 1391 and 1353 BCE, according to a Facebook post from lead archeologist Zahi Hawass. Amenhotep was the ninth king of the 18th dynasty and oversaw a period of wealth and prosperity throughout the land, which included the construction of a number of huge temples and public buildings.

Near the end of his life, Amenhotep would share power with his son, Amenhotep IV, who would drastically change the country’s direction. Following his father’s death, he changed his name to Akhenaten, abandoned all the old Egyptian gods besides the sun god Aten and moved the royal seat from Thebes to the new city of Akhetaten, which is now known as Amarna.

“The Rise of Aten” was discovered while Hawass and his team were looking for a mortuary temple last September. Located near several other monuments—the Colossi of Memnon, Madinat Habu Temple and Ramesseum—the group found a full-fledged city featuring a distinct administration area as well as a residential district filled with houses with 10-foot walls. The forgotten city also features a production area where mud bricks, amulets and other goods for buildings and temples were made, along with a bakery. A burial area has also been unearthed, but still needs to be fully examined.

A burial ground found in the “Rise of Aten”  Dr. Zahi Hawass

Hawass’s statement includes a quote from Betsy Davis, a professor of Egyptology at John Hopkins University, calling the ancient city the most important archeological discovery in the country since the tomb of Tutankhamun was found in 1922 (King Tut’s grandfather was Amenhotep III). “The discovery of the Lost City, not only will give us a rare glimpse into the life of the Ancient Egyptians at the time where the Empire was at his wealthiest but will help us shed light on one of history’s greatest mystery: why did Akhenaten and Nefertiti decide to move to Amarna.”

Although the excavation started last September, there is still a lot of work to be done, as only the southern part of the city has been excavated. Considering no one even knew “Rise of Aten” still existed this time last year, other mysteries from the ancient city may have yet to reveal themselves.