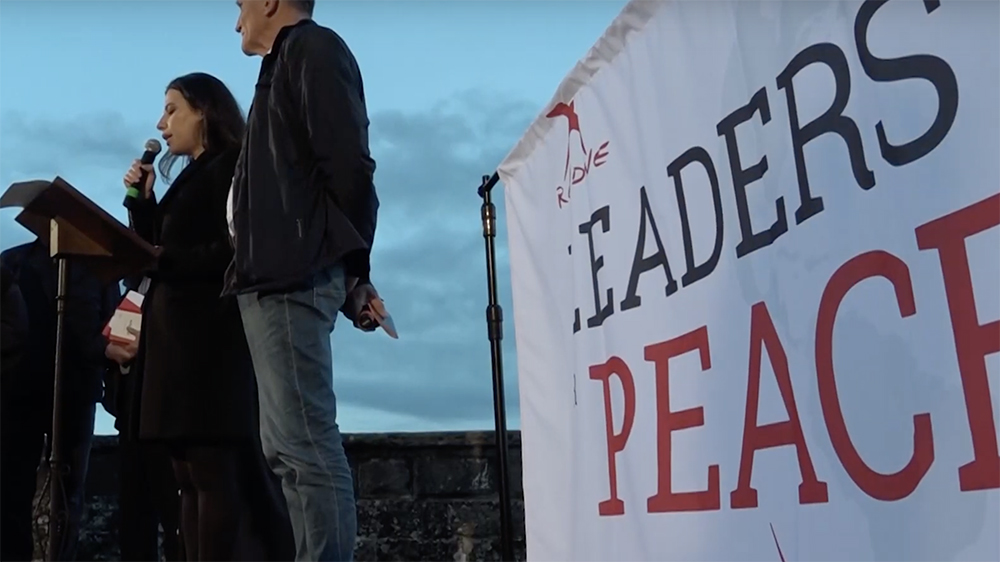 I am an optimist; I believe we can achieve peace in the world. That’s why, a year ago, my organization, Rondine, launched the Leaders for Peace campaign at the United Nations in New York. We called upon each of the 193 member states to subtract a symbolic sum from their defense budgets and put it toward the training of a leader who may one day be able to intervene in a conflict situation somewhere in the world. Italy has signed up and we are conferring with at least other 40 member states. We’ve come a long way.

Our story began more than 20 years ago in a medieval hamlet in Tuscany, but in truth, it started long before that. When I was a boy, my father would talk to me about his six years as a prisoner of war in India at the hands of the English. He never recounted his experiences to me with any hint of rancor. For me, that was the beautiful thing. He expressed his pain, and it was transformed into something positive. I trained as a psychologist and got involved with volunteering, teaching young people how to use dialogue to deal with confrontation. In 1988, I wrote a letter to Raisa Gorbacheva, conveying a message of peace—and Rondine grew from there.

In 1997, we started taking in young people here in Arezzo, and the Citadel of Peace was born. We set up the World House, a place where enemies come to interact with one another in order to build a tangible relationship of peace. More than 200 students have now passed through our gates. They stay with us for two years, learning our method for the creative transformation of discord. We accept, from all over the world, those from conflict and post-conflict situations—be they national or international, religious, social, personal or interpersonal. To come here, you must be someone’s enemy. Our goal is to turn those enemies into friends.

Members of Rondine meet with Sergio Mattarella, the president of Italy, in 2018.

Our students always come in pairs: We’ve had Russians and Chechens, Pakistanis and Indians, Palestinians and Israelis. We currently have young people from Mali and Nigeria, where migratory flows and economic and environmental pressures have led to internal upheaval. First, everyone must learn Italian, then they branch out into team-building, communication and conflict resolution. They need great strength to look beyond the wounds of hate and the poison of enmity, to become bringers of hope, to free the future from the weight of the past and generate change.

It doesn’t always work. I could write a book about the failures. The first year, we had three Chechen students and two Russians. After six months, the Chechens told me they were leaving. Why? Because they didn’t want to wash their socks in the same water as the Russians. I thought they were joking. They’d been working together for weeks, talking to kids about the importance of peace. Rondine is not for empty declarations. It’s made for young people who are ready to wash their clothes in the dirty water of the enemy.

We’ve had real successes, too: a young woman from Armenia who participated in the 2018 Velvet Revolution in that country and now sits in parliament; a student who set up an initiative for peaceful and democratic elections in Sierra Leone, training 12 educators to go out into the community; a project that aimed to reopen the peace dialogue in the Caucasus after the Russian-Georgian war; a group of Palestinians and Israelis who established a tourism project together. The ultimate goal of all these people is to remove the culture of “the enemy.” It’s a social construct. It’s also a premise for war. We can prevent that, even if we can’t ever defeat violence. There’s a beautiful quote attributed to St. Francis of Assisi: “Start by doing what’s necessary; then do what’s possible; and suddenly you are doing the impossible.”

US-based donors can support our activities through a contribution to the American Friends of Rondine Fund at the King Baudouin Foundation United States.