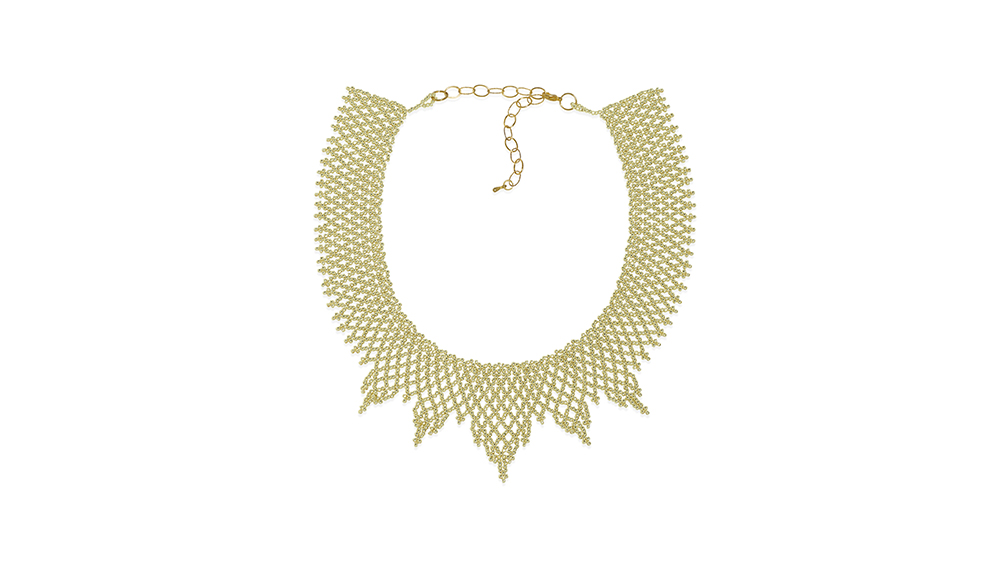 The late Supreme Court Justice Ruth Bader Ginsburg was as well known for her style as she was for her judicial opinions. Lucky for Notorious RBG fans, then, a selection of her personal items, including some accessories, are going up for auction.

Bonhams will be selling almost 100 pieces from Ginsburg’s collection—most notably, the only collar being made available to the public.* From September 7 to September 16, you’ll be able to bid on the various items, with proceeds benefiting the RBG Endowment Fund established by SOS Children’s Villages, an organization dedicated to caring for children without parental care.

An embroidered shawl worn by the justice  Bonhams

“My mother made The New York Times’ Style section and People’s ‘Worst Dressed’ list in the same year, the latter accusing her of ‘a crime of fashion,’” James Ginsburg, the justice’s son, said in a statement. “While her sartorial choices may have caused controversy in some circles, it’s wonderful to see the broad reach of her ideals and reasoning and how much she is loved and appreciated.”

Of course, RBG was more than her appearance, and a number of items related to her interests—from the law-focused to the cultural—are up for the taking as well. That includes a wooden gavel from her chambers ($1,500 to $2,500) and black and gold opera glasses engraved with “Southern District of New York” ($300 to $500).

This month’s auction comes on the heels of the sale of Ginsburg’s personal library, which brought in almost $2.4 million (far above the pre-sale estimate) and had more bidders than any other online auction in Bonhams’ history. “This sale is a perfect complement to the first, offering another chance for her fans to own some of her most iconic and talismanic belongings,” Catherine Williamson, the vice president and director of Bonhams’ Fine Books and Manuscripts department, said in a statement.

Ginsburg, even after her death, continues to shatter expectations—with this auction likely being no exception.

*This article has been updated to reflect that the Ginsburg family decided to offer only one of Ruth Bader Ginsburg’s collars.