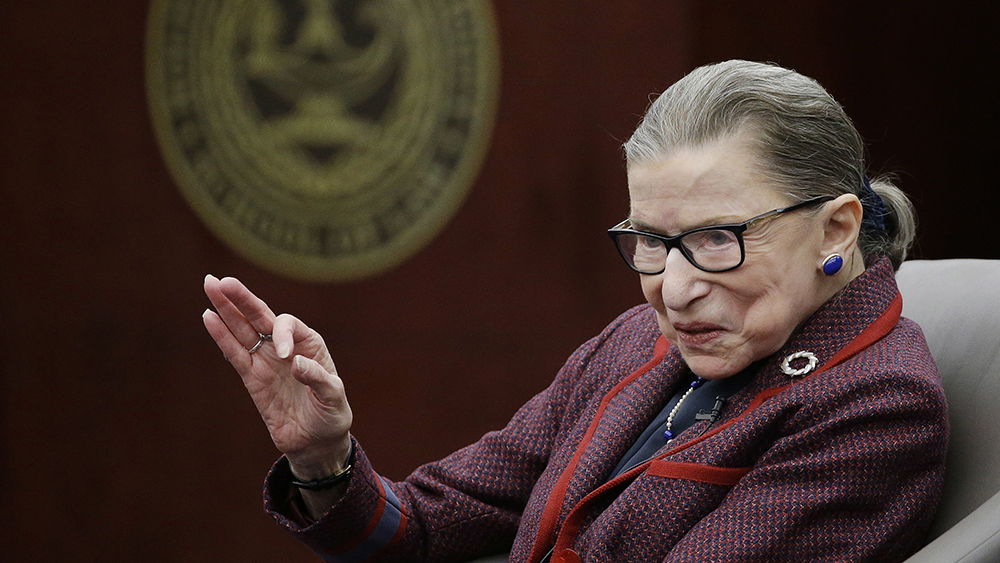 The massive personal library of the late Supreme Court Justice Ruth Bader Ginsburg will go under the gavel later this month.

Bonhams has just announced it will auction more than 1,000 books amassed by the pioneering judge and her husband, Martin Ginsburg, over the course of 60 years in an online sale taking place January 19 to 27.

Comprising approximately 100 lots, the auction will feature a selection of RGB’s heavily annotated law tomes from her time as a student at Harvard and Columbia Law School through to her reign in the US Supreme Court.

“A person’s library can give us a sense of who the individual is and how she came to be,” Catherine Williamson, director of Bonhams Fine Books and Manuscripts department, said in a statement. “Justice Ginsburg’s library is no different, as it records her evolution from a student (and voracious reader) to lawyer and law professor, to judge and finally, Justice of the United States Supreme Court.”

One such book is Ginsburg’s personal copy of Harvard Law Review, published the year she was on its staff. It will be auctioned alongside inscribed books relating to the important cases she adjudicated, including Citizens United, Bush v. Gore and Lilly Ledbetter’s fair pay lawsuit.

The sale also includes a number of first editions and landmark feminist classics. You can expect everything from J. D. Salinger’s Catcher in the Rye and Kate Millet’s Sexual Politics. And then there are books that have been inscribed by RGB’s powerful contemporaries, such as a signed copy of Al Gore’s The Assault on Reason or a signed first edition of Gloria Steinem’s My Life on the Road.

“The books Justice Ginsburg chose to keep on her own bookshelf showcase the rich inner and intellectual life of one of the most influential women in recent American history,” Williamson adds.

First edition of Gloria Steinem’s “My Life on the Road,” signed and inscribed to Ruth Bader Ginsburg.  Bonhams

The lots, which will be sold without reserve, carry rather attainable estimates. Toni Morrison’s Beloved, for example, which is signed and inscribed to “Ruth and Marty Ginsburg,” has a relatively modest high estimate of $500. The entire sale, meanwhile, is expected to achieve at least $60,000, though Williamson predicts it may do many times that amount.

RGB, who once said, “Reading is the key that opens doors to many good things in life,” would no doubt be happy just knowing her collection will continue to inspire and inform.