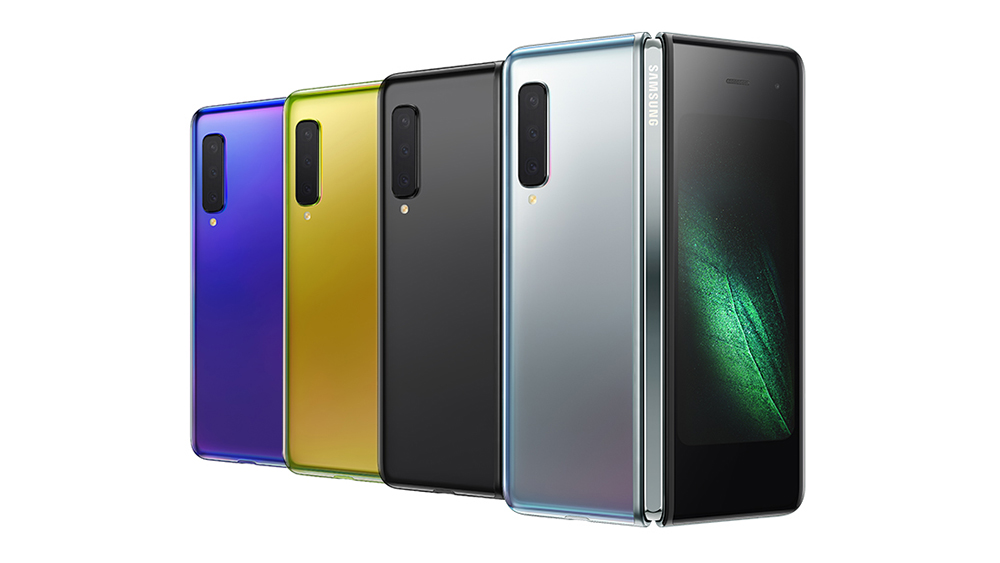 By now you’ve probably heard the news that Samsung dropped a potentially game-changing new phone this week called the Galaxy Fold. The new foldable smartphone, revealed at the company’s Galaxy Unpacked event on Wednesday, doubles as a tablet, and its unveiling generated all manner of buzz in tech media.  But tech junkies will have to pay the price for the new foldable phablet, which will hit stores on April 26th and retail for nearly $2,000. Will the Fold live up to its hype and knock the iPhone off its perch? Only time will tell. In the meantime, here’s everything we know about the gadget so far.

1. Yes, It Really Folds
We know, we know—it’s in the name, but have you seen it in action? Imagine if you could fold your iPad in half and make phone calls on it. When the phone unfolds there seems to be no crease, fold, or visible line to suggest you are actually looking at two screens instead of one. If that passes the tech industry’s inevitable vetting, it’s a genuine game-changer. (Whether it will be a market mover is another question.)

2. It’s Actually Smaller Than Your iPhone
The latest iPhone X has a 5.8-inch screen. The Galaxy Fold is 4.6 inches on the front when folded, but opens up like a book to reveal a 7.3-inch screen.

3. The Tablet Is All About Multitasking
The tablet has a feature where you can run three screens at once, just like your laptop. That means you can be texting a friend, watching a movie, and shopping for clothes all at the same time on one screen.

5. The Camera is Insane
The phone boasts a triple-camera system with a 16-megapixel ultra-wide camera, a 12-megapixel wide-angle and telephoto cameras at the back, and a 10-megapixel cover camera—for your all your endless selfies.

6. It Was a Decade in the Making
Back in 2009, who could’ve predicted that we’d all be clamoring for a suped-up flip phone in 2019? Samsung, apparently.

7. The Jury Is Still Out
Skeptics are a plenty on numerous tech publications. New innovation is always going to draw the haters, but photos on The Verge of Samsung CEO DJ Koh holding up the Galaxy Fold, suggest it may not be as flat as your iPad after all.