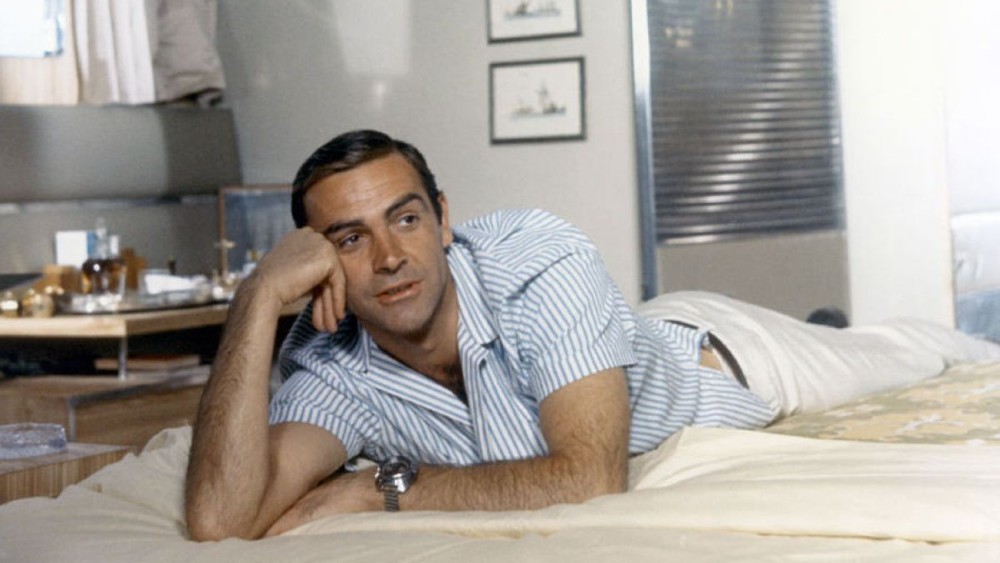 Sean Connery, the Oscar-winning Scottish actor who first brought James Bond to the big screen, died on Saturday at the age of 90. Over a career that spanned six decades, Connery also co-starred in films like Indiana Jones and the Last Crusade, The Untouchables, The Hunt for Red October and The Rock.

Connery’s family confirmed the actor’s death to the BBC, noting he died in his sleep while in the Bahamas. A cause of death was not revealed, but Connery had been “unwell for some time,” the BBC reports.

The actor’s son Jason Connery told the BBC that his father “had many of his family who could be in the Bahamas around him” just prior to his death. “We are all working at understanding this huge event as it only happened so recently, even though my dad has been unwell for some time. A sad day for all who knew and loved my dad and a sad loss for all people around the world who enjoyed the wonderful gift he had as an actor.”

“We are devastated by the news of the passing of Sir Sean Connery,” James Bond producers Michael G. Wilson and Barbara Broccoli tweeted Saturday. “He was and shall always be remembered as the original James Bond whose indelible entrance into cinema history began when he announced those unforgettable words—‘The name’s Bond… James Bond’—he revolutionized the world with his gritty and witty portrayal of the sexy and charismatic secret agent. He is undoubtedly largely responsible for the success of the film series and we shall be forever grateful to him.”

“Sean was born into a working class Edinburgh family and through talent & sheer hard work, became an international film icon and one of the world’s most accomplished actors,” Nicola Sturgeon, First Minister of Scotland, tweeted Saturday. “Sean will be remembered best as James Bond—the classic 007—but his roles were many & varied. He was a global legend but, first and foremost, a patriotic and proud Scot… Sean was a lifelong advocate of an independent Scotland and those of us who share that belief owe him a great debt of gratitude. It was a privilege to have known Sean. When I last spoke to him it was clear even then that his health was failing—but the voice, the spirit and the passion that we all loved so well were still there. I will miss him. Scotland will miss him. The world will miss him.”

Cast in the role of James Bond at the age of 30, Connery portrayed 007 in seven films, beginning with 1962’s Dr. No and continuing through From Russia With Love, Goldfinger, Thunderball and You Only Live Twice. He then left the spy movie franchise briefly, only to return to for 1971’s Diamonds for Forever and, years later, 1983’s “unofficial” Bond sequel Never Say Never Again, his final 007 role.

Sir Sean Connery has died at the age of 90. He was the first actor to play James Bond on the big screen in Dr. No in 1962, From Russia With Love, Goldfinger, Thunderball, You Only Live Twice and Diamonds Are Forever followed. pic.twitter.com/VaFPHCM5Ou

Connery was cast in the role of Bond thanks to the actor’s “animal magnetism,” Bond producers told Rolling Stone in 1983. The choice was a surprise as, years earlier, the actor had been forced out of Hollywood following a threatening phone call from mob boss Mickey Cohn, who blamed the actor in part for the death of gangster Johnny Stompanato, who was stabbed to death by the daughter of Lana Turner; that actress had handpicked Connery to be her love interest in 1958’s Another Place, Another Time. Leaving Hollywood in the midst of a Twentieth Century Fox deal, Connery reestablished himself in British cinema before landing the Dr. No gig.

During his Bond tenure, Connery also starred in Alfred Hitchcock’s Marnie and Sidney Lumet’s The Hill and The Anderson Tapes, but the public pressures of playing Bond eventually wore on Connery, who called the role a “Frankenstein monster.” “I’d been an actor since I was 25,” Connery told Rolling Stone in 1983, “but the image that the press put out was that I just fell into this tuxedo and started mixing vodka martinis. And of course, it was nothin’ like that at all. I’d done television, theater, a whole slew of things. But it was more dramatic to present me as someone who had just stepped in off the street.”

His box office popularity now cemented thanks to the 007 franchise, Connery took on roles that were in sharp contrast of the debonair spy, including the cult 1974 sci-fi film Zardoz, the celebrated Murder on the Orient Express, and 1977’s A Bridge Too Far.

Following Connery’s turn as a Chicago police officer alongside Kevin Costner’s Eliot Ness in The Untouchables — a role that resulted in an Academy Award win for Best Supporting Actor—the Scottish actor soon became one of the Hollywood’s most potent scene-stealing sidekicks, able to hold his own while sharing the screen with the likes of Harrison Ford (as Indiana Jones’ father in The Last Crusade), Alec Baldwin (The Hunt for Red October) and Nicolas Cage (The Rock).

Connery’s last big-screen appearance was playing Allan Quatermain in the 2003 adaptation of The League of Extraordinary Gentlemen; soon after, Connery—who turned down the role of Gandalf in The Lord of the Rings trilogy—admitted he was likely finished with acting, fed up with the “idiots now making films in Hollywood.”

Actor Hugh Jackman tweeted Saturday, “I grew up idolizing Sean Connery. A legend on screen, and off. Rest In Peace.”

Current James Bond actor Daniel Craig said in a statement Saturday, “It is with such sadness that I heard of the passing of one of the true greats of cinema. Sir Sean Connery will be remembered as Bond and so much more. He defined an era and a style. The wit and charm he portrayed on screen could be measured in mega watts; he helped create the modern blockbuster. He will continue to influence actors and film-makers alike for years to come. My thoughts are with his family and loved ones. Wherever he is, I hope there is a golf course.”