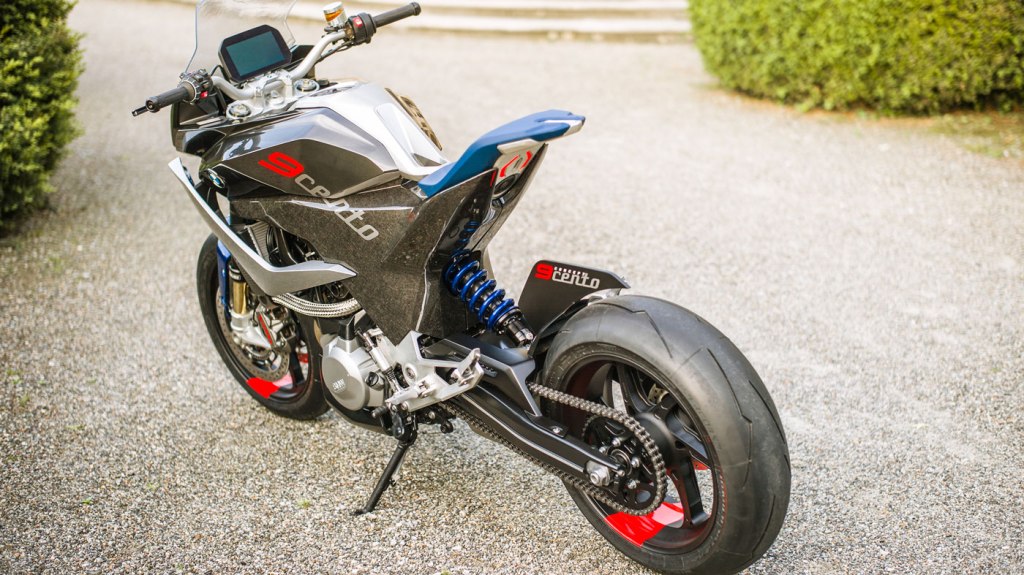 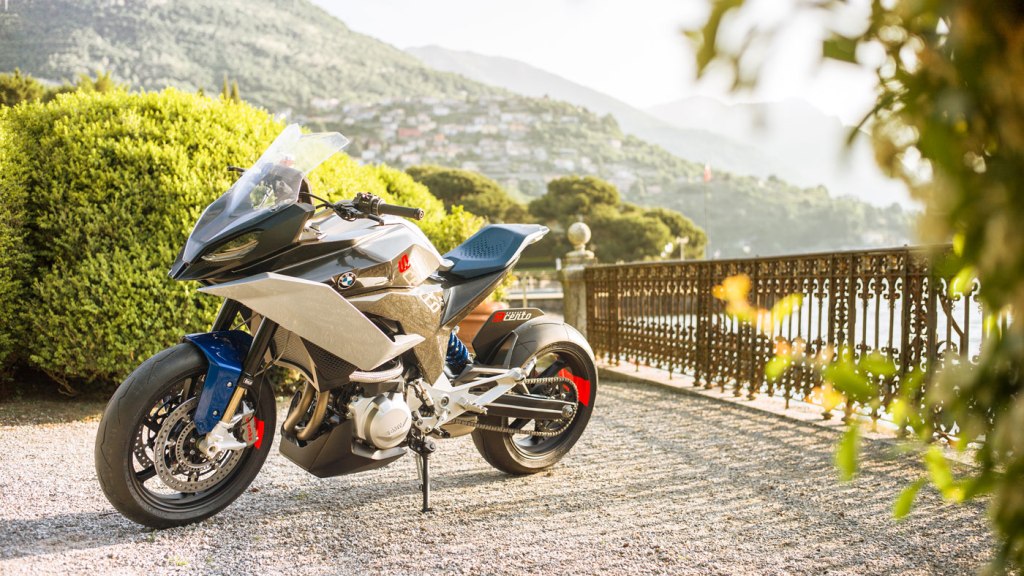 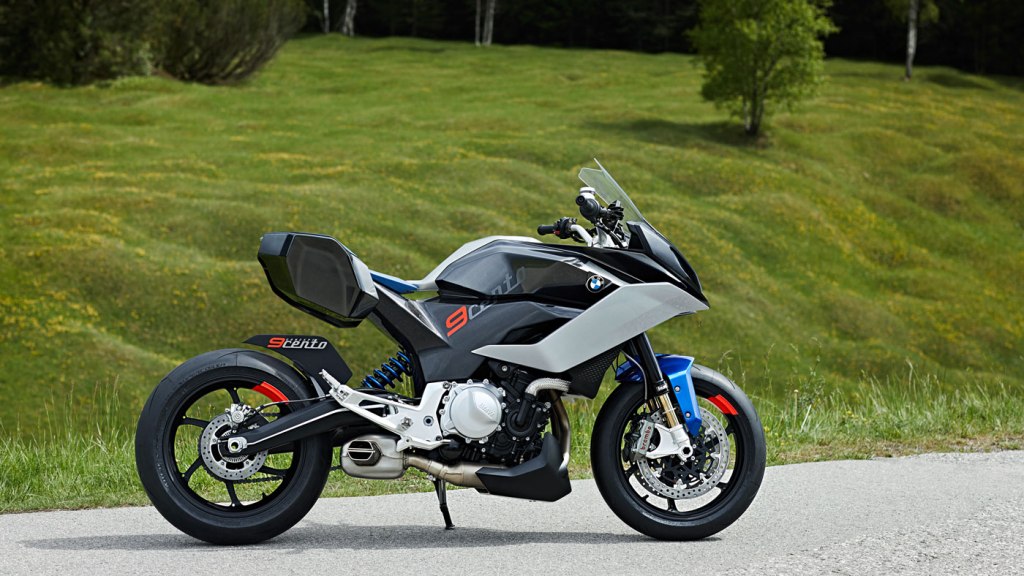 With a short, high tail, the 9cento's center of gravity is in the front.

A bike that balances sports, adventure, and touring functionality.

BMW Motorrad ventures into new territory with the 9cento, a concept motorcycle unveiled on the shores of Italy’s Lake Como during the 2018 Concorso d’Eleganza Villa d’Este held in June. Pronounced “noh-veh-chento,” the adventure sport bike is designed for touring, with a focus on lightness and aerodynamics.

“The question we asked when designing this bike was, if you could go from Munich to Como on one bike, what would it look like?” said Edgar Heinrich, head of design for BMW Motorrad. “We’ve created a bike that combines the appropriate power with reliable sports-touring properties and, above all, lots of riding fun. It brings together the best of the sports, adventure, and touring segments to produce an exciting concept in a class which has not seen this kind of model from BMW before.”

The compact 9cento focuses its volume and center of gravity in the front, with a short, high tail. These proportions make for a tighter package, reducing the roll and yaw typically associated with heavier touring bikes. Designers created the fairing and other parts of the bike to convey the feeling of movement in the direction of travel. The three-dimensional look of the fuel tank is accentuated by reflective chrome paint. Aluminum parts— including the central tank cover, rear carrier, and footrest holder—are finely grooved, with the milling directed toward the front wheel. It also features a silver hovering side panel, typical of an adventure sport bike.

With a short, high tail, the 9cento's center of gravity is in the front.

A bike that balances sports, adventure, and touring functionality.