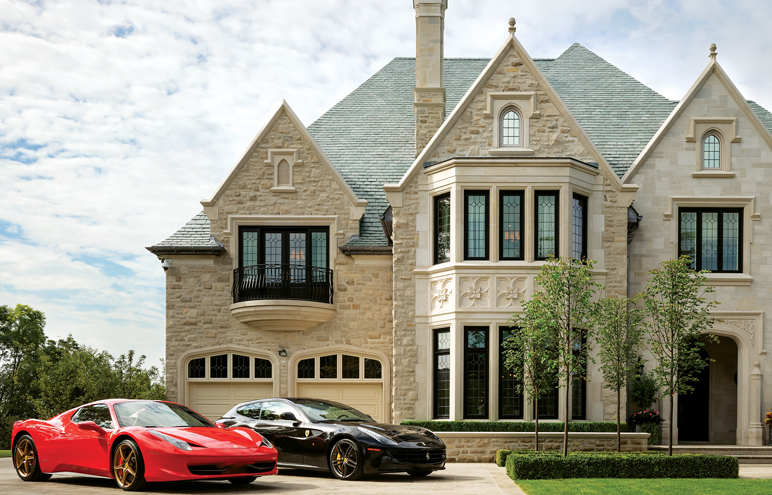 Thanks to the ingenuity of interior designer Lori Morris and architect Lorne Rose, a newly built English-style manor house in Toronto feels simultaneously grounded in old-world tradition and steeped in modern interpretations of glamour and comfort—a combination so winning that the editors have anointed the residence Robb Report Home & Style’s Ultimate Home 2016.

A French-style manse for himself, his wife, and their 5-year-old twin boys—that is what Joe Montesano, the 47-year-old principal of the Ontario-based residential-subdivision developer Primont Homes, had in mind when he purchased this property in Toronto in 2011. “But the house evolved in an English way,” says its architect, Lorne Rose, who looked to the turn-of-the-century British architect Edwin Lutyens for inspiration. Rose’s mix of Lutyens signatures—smooth limestone and ashlar, leaded-glass windows, neo-Gothic arches, hand-carved quatrefoil details—gave rise to a recently completed English manor house with contemporary appeal. The Tudor-style low roofline accommodates the residence’s 14,000 square feet without having it sprawl ostentatiously across the 2-acre lot. “There’s a lot of house under that roof,” says Rose.