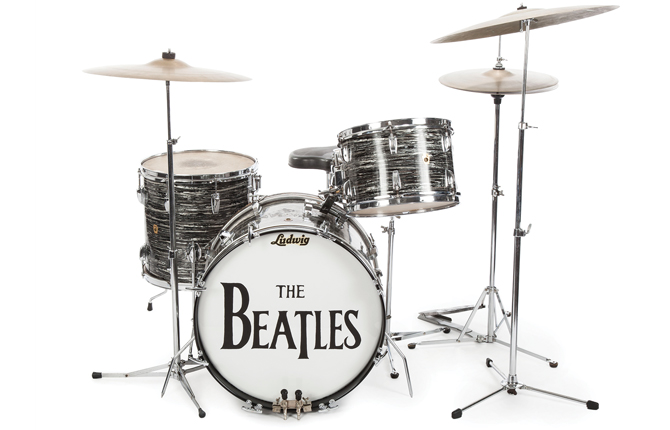 When a couple is married for nearly 35 years, they tend to accumulate a little too much stuff, and maybe they decide to hoe out the attic and the basement. But when Ringo Starr and Barbara Bach are the couple doing the housecleaning, their “stuff” is bound to attract more attention than the normal yard-sale inventory. Consolidating from residences in Monaco, London, and Beverly Hills, the Beatle and the Bond girl will offer more than 1,200 items in two December sales. The first will encompass pieces from the couple’s homes, including furnishings, clothing, and artworks. The second will focus on memorabilia and instruments from Starr’s musical career, which has spanned more than five decades and is still going strong—this year he released his 18th solo album, Postcards from Paradise, and toured with his All Starr Band. A portion of the proceeds will benefit the Lotus Foundation, a charity the couple founded. Here, a few highlights.