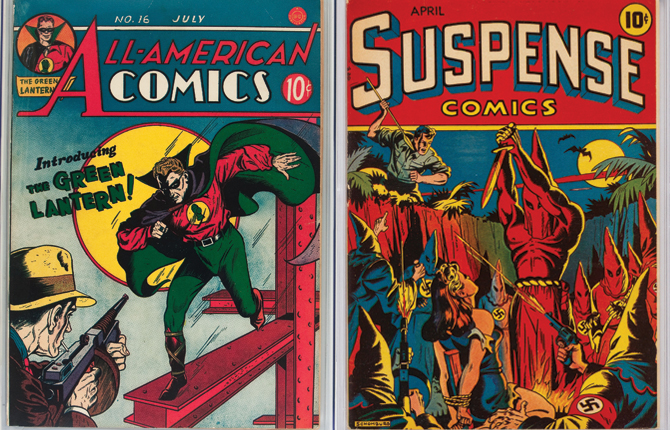 If you want to spot the next hot item in the comic book–collecting world, read Variety. News of films to come—even the mere announcement that a studio has acquired the rights to a comic book—boosts prices for copies of that comic, especially the issue in which the lead character first appears. “It jumps up in value overnight in anticipation that a character appearing in a movie or TV show will blow up and become a big deal,” says Aaron White, a grader and consignment director in the comics division of Heritage Auctions. “It’s really interesting to watch the market and how books just skyrocket.”

In late August, Heritage held its Comics and Comic Art Signature Auction, a sale that totaled a healthy $5.1 million. Once again, a popular superhero’s debut did well—the Green Lantern’s first book sold for almost double its high estimate of $60,000. And original art from comic books and newspaper strips continued to come into its own, with impressive results for a 1980 John Byrne and Terry Austin X-Men drawing. “It’s really exploded, especially in regards to modern-age comic art,” White says. “Ten years ago you wouldn’t see the prices that you see now. There was not the same number of people in the market, and they were not able to be as aggressive as they are now.” At some point, even fanboys grow up.