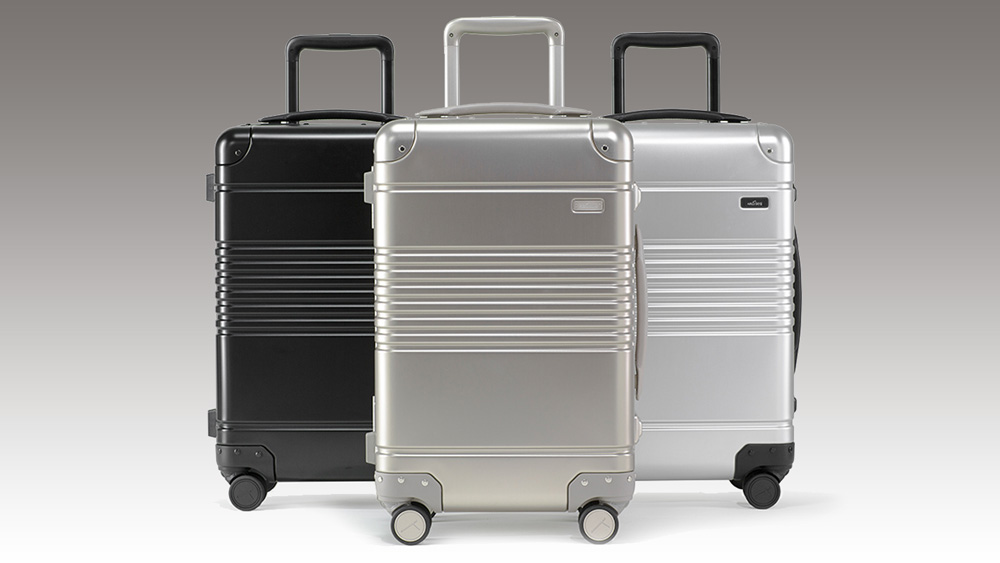 Over the past few years there has been a technological arms race in an unexpected market: Luggage. Heritage brands like Rimowa and Samsonite, long known for designing suitcases that hold up after countless laps around the globe, suddenly found themselves competition with a host of new, tech-focused labels like Raden and marketing juggernaut Away—whose suitcases and carry-ons serve as far more than just a way to safely transport your clothes from one destination to the next. Now, luggage equipped with GPS trackers, electronic check-in capabilities, and multiple charging ports is starting to become the new normal.

But before you go toting your brand-new smart bag onto your next flight, be sure to check with your airline. Starting on January 15, a number of airlines—including American, Alaska, and Delta (United is also rumored to be joining the pack)—will all roll out new smart luggage regulations, banning any bags that feature batteries that are not removable. That’s in line with the FAA’s guidance that the super-efficient lithium ion batteries most smart cases use should not be transported in cargo holds of planes.

The following four brands all make tech-savvy bags that can be made dumb if need be—without sacrificing any of the smart components that we’ve come to rely on. Make sure to pick one up before you hit the friendly skies this year.

Envisioned by a former industrial designer, this ultra-light aluminum alloy suitcase ($435) from young brand Samsara is the first of its kind to the market. To keep your valuables protected, the case is equipped with sensors that can pair with an iPhone app and will alert you if it has gotten away from you, or has been opened away from your watchful eyes. If you are flying on one of the airlines rolling out the new regulations, the entire electronic component of the suitcase is removable—meaning that you’ll have no problem checking it if need be.

Though equipped with relatively simple technology compared to the offering of other smart luggage brands, Away’s chic suitcases are perfect for the organizationally-savvy traveler (the cases are equipped with a built in compression pad and hidden laundry compartment to maximize space) who just can’t seem to keep their phone charged. Both the Carry-On ($225), and the Bigger Carry-On ($245) feature with a removable battery that can charge a phone up to five times, meaning that you can check your email—or binge Netflix—to your heart’s content even if your flight gets delayed, without worry that your bag will not be allowed on the plane.

Designed to be sleek and strong, both Raden’s colorful A22 Carry ($295) and A28 Check ($395) are complete with a whole host of smart features. In addition to coming equipped with two USB charge ports, owners can use the brand’s app to locate lost bags and estimate the weight of the suitcase (using the handle, which doubles as a portable scale). If you do need to check your case, the lining can be unzipped to reveal the removable battery pack—which you can still use as a portable charger after you’ve waved goodbye to your bag.

Founded by design alums of luggage giants like Louis Vuitton and Tumi, Arlo Skye’s sleek cases combine form and functionality. The super strong aluminum suitcases forgo a traditional zipper, featuring a one-touch open and close system with TSA-approved combination locks. Though small enough to fit in the overhead compartment of most flights, the Carry-On ($550) comes equipped with a fast charger that is removable with just one click, allowing you to seamlessly check your bag if need be (and ensuring that your electronics stay charged throughout the flight).