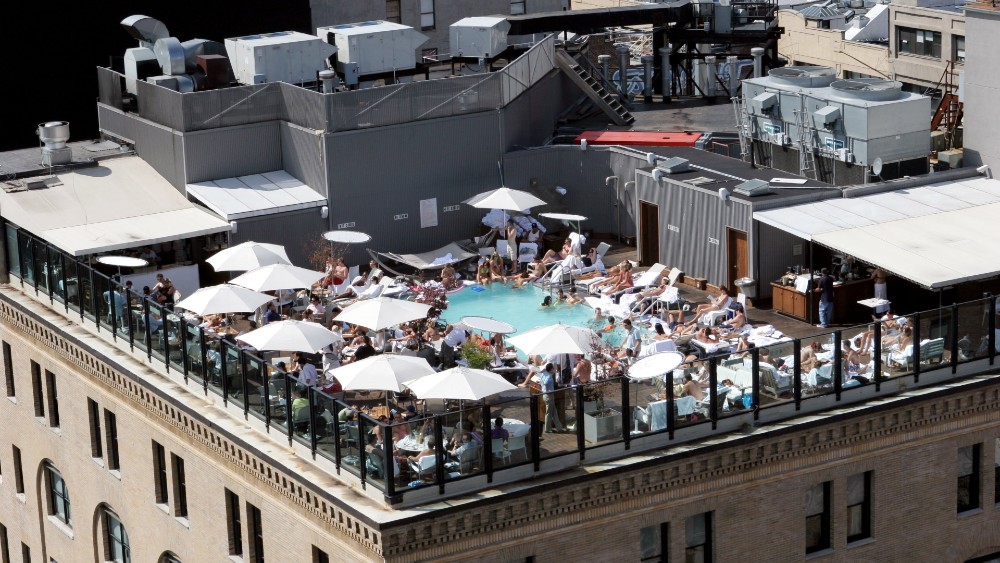 A view of New York's rooftop pool and bar

When it comes to glamour, it goes without saying that the city of Milan—Italy’s de facto fashion capital—is no slouch. But come next year, getting a high-voltage shot of exclusivity thanks to not one but two new membership-only clubs that are being imported there.

First up is the Core Club (Motto: Never static, never conventional, always essential), which, according to Bloomberg, will take over a 40,000-square-foot space at the edge of the city’s fashion district, and come complete with a “food lab” which will host a changing roster of international chefs.

“We wanted to find a city as vibrant and relevant as New York,” said Jennie Enterprise, the founder of Core. “We fell in love with the city.” Membership to Core is usually invite-only, but the company will allow potential members of the Milanese outpost to file membership applications. The fees, which vary, are expected to be around 20 percent lower than the $50,000 expected of New York members. That figure grants you access to a variety of events, cultural programming and other perks—including entreé to a well-connected community.

In addition to Core Club, Milan will also be getting its own Soho House, the London-based, globe-spanning network of clubs perfect for networking, actually working and blowing off steam. Its owners have already targeted an empty building in the trendy Brera district, and have planned to open up a rooftop bar, pool and garden. Like Soho House’s its other global locations, the space will feature hotel rooms, a screening room and a gym, among other amenities. Prices have not yet been finalized, but nearby Soho House Barcelona charges around $870 to $2,090 annually.

There are a few reasons that Milan is suddenly so buzzy: it hosted the World Expo four years ago, and as Brexit looms, banks like Citigroup and JPMorgan are looking to relocate bankers to nearby Italy. Already these two openings seem to be creating a beguiling halo effect—the paper Corriere della Sera has reported that other clubs, including London’s Art Club, are sniffing out opportunities in the city.