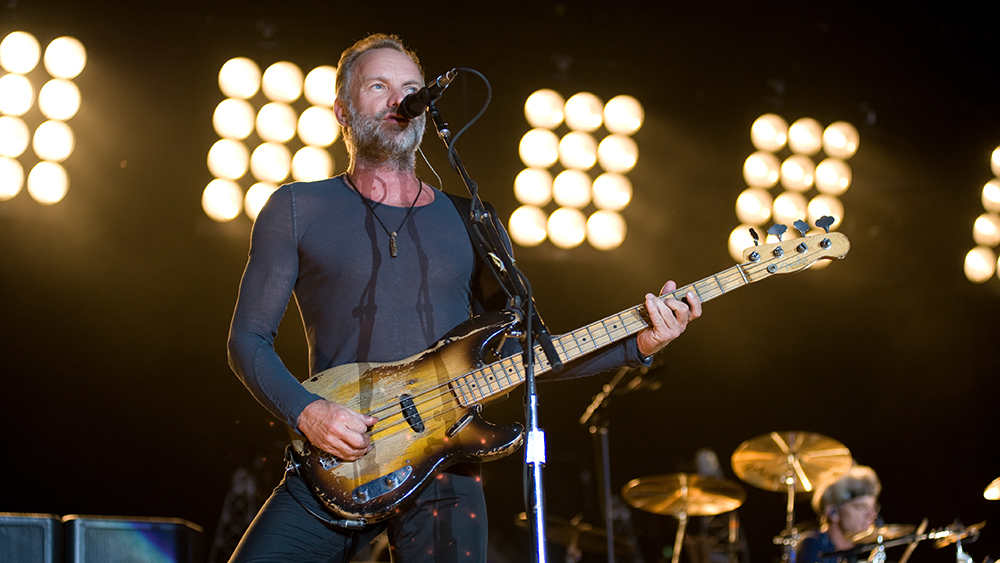 Jam-packed with once-in-a-lifetime experiences, the list of lots in Sotheby’s latest sale catalog reads more like a bucket list than a typical sale. That’s because the storied house has joined forces with Google to auction off an array of dreamlike virtual experiences to support the International Rescue Committee (IRC) in its efforts to combat Covid-19.

Kicking off on May 1, the MayDay Covid-19 charity auction features some of the biggest names in music, film, art, politics and design, all of whom will meet with the winning bidders virtually via Google Meet video calls. The list continues to grow apace, but so far there are some truly remarkable people on board.

Music lovers could win a chance to record a song with 17-time Grammy Award-winning artist Sting at his home studio in England or kick it will all five members of The Strokes. Film buffs can take a Shakesperian acting lesson with Professor X himself, the legendary actor Sir Patrick Stewart, or test out their comedic chops with none other than Sacha Baron Cohen. Meanwhile, those who are politically inclined can enjoy a coffee with Hillary Clinton or chew the fat with former US Secretary of State Madeleine Albright.

The sale also includes a personal coaching session with personal development guru Tim Ferriss, a private chat with Apollo 9 astronaut Russell Schweickart, a virtual tour of the famed Highclere Castle from Downton Abbey, a discussion about the art of living and decorating with renowned interior architect Jacques Grange and more. (You can check out the ever-expanding list here.)

For some 87 years, the IRC has provided aid to refugees and displaced populations across the globe that are impacted the hardest when a crisis hits. The revenue raised during this sale will go directly toward the IRC’s front-line efforts to help stop the spread of Covid-19 in these vulnerable communities in Europe and the United States.

“With the partnership of Google and so many leading figures who have pledged to support this unique venture, we hope to be able to deliver meaningful resources for the extraordinary efforts of the International Rescue Committee, needed now more than ever,” Charles F. Stewart, CEO of Sotheby’s, said in a press release.

The MayDay Covid-19 Charity Auction will be open for bidding from May 1 to May 8, 2020. All of the experiences will be offered without a reserve. Get your virtual bidding paddles (and your credit card) ready.