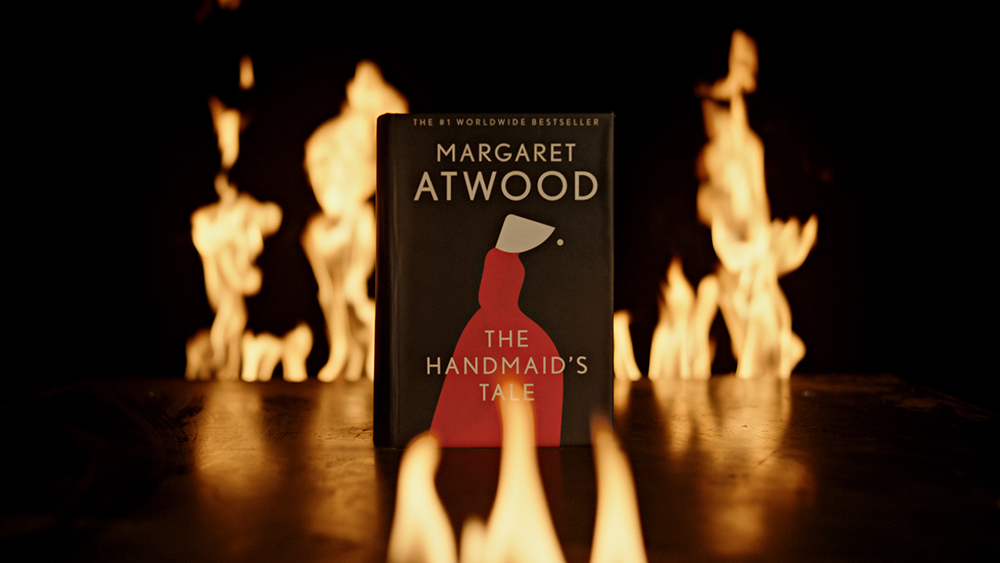 People all over the United States have been calling for the banning or even burning of books they find offensive or unagreeable. So maybe a fireproof tome is exactly what’s needed in this moment.

Sotheby’s is auctioning off a one-of-a-kind “unburnable book,” a copy of Margaret Atwood’s The Handmaid’s Tale, to benefit the anti-censorship organization PEN America. It was announced at a PEN gala on Monday night, hosted by the journalist and comedian Faith Salie, The Washington Post reported.

The fireproof book is “an edition of The Handmaid’s Tale made to withstand not only the fire-breathing censors and blazing bigots, but actual flames,” Salie said at the gala. It’s made of several heavy-duty materials to keep it safe: a black Cinefoil dust jacket, white heat-shield foil pages, nickel wire, stainless-steel head and tail bands and Kapton high-temperature adhesive.

The Gas Company, a bookbinding studio, spent two months creating the project, with several days needed to just print out the manuscript, Doug Laxdal, the company’s principal owner, told the Associated Press. It can withstand temperatures up to 1,200 degrees Fahrenheit, which Atwood herself demonstrated in a video.

The Handmaid’s Tale has been banned in schools basically since it was published, in 1985. It depicts a version of the US where women have been stripped of almost all their rights, existing only to bear children. On the American Library Association’s list of the top 100 books banned each decade, Atwood’s novel appears in every ranking since the 1990s. More recently, it was banned in some Texas and Kansas schools last year, the AP said.

“To see her classic novel about the dangers of oppression reborn in this innovative, unburnable edition is a timely reminder of what’s at stake in the battle against censorship,” Markus Dohle, the CEO of Penguin Random House, Atwood’s publisher, said in a statement.

Currently, the book is sitting at $42,000 on Sotheby’s website. However, the auction house’s presale estimates range from $50,000 to $100,000, with all proceeds going to PEN America. The sale closes June 7, so those who want to protect literature—and own an indestructible piece of literary history—still have time to throw their hat in the ring.