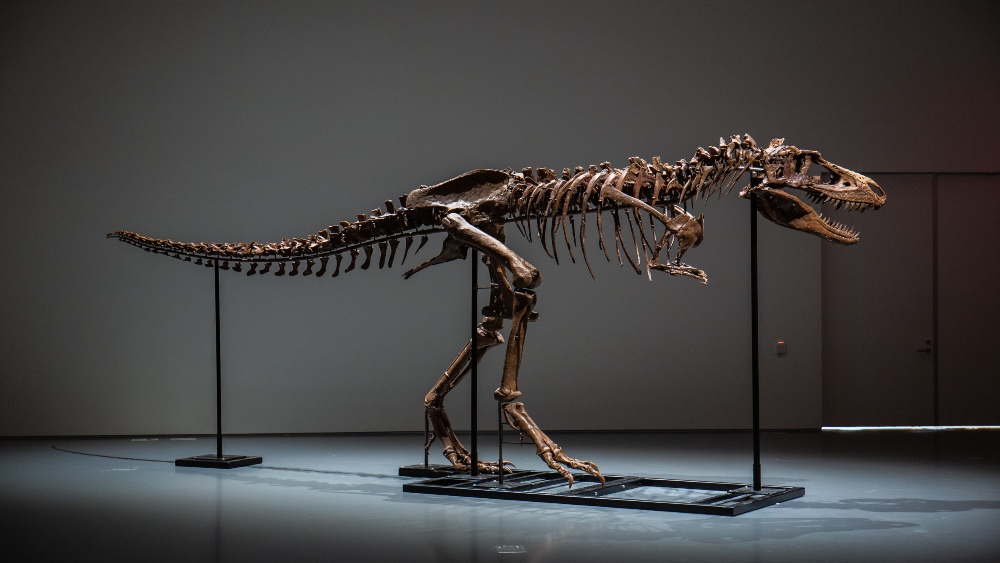 The unearthing of a complete Gorgosaurus was a rare discovery that could advance dinosaur research—which is why scientists are not happy to see it fall into private hands.

Sotheby’s New York announced that they auctioned a finished dinosaur skeleton this month for $6.1 million. It’s the first Gorgosaurus skeleton that has been sold and the first time the company has sold a complete dinosaur fossil since the Field Museum of Natural History in Chicago bought Sue the T-Rex back in 1997 for $8.4 million. The auction house did not disclose the name of buyer or seller to the public.

Paleontologists have criticized the transaction, stating that they worry about the over-commercialization of historical finds like these. Even though the sale was legal because the remains were found on private property within the United States, critics say that the remains should not be in private collections.

“I’m totally disgusted, distressed and disappointed because of the far-reaching damage the loss of these specimens will have for science,” Thomas Carr, a Carthage College researcher who studies tyrannosauroids, told New York Times. “This is a disaster.”

There was a similar uproar from paleontologists in 2020, when auction house Christie’s sold Stan the T-Rex for a record $31.8 million to a private bidder.

The skeleton was on display at Sotheby’s New York galleries.  Sotheby's

The Gorgosaurus is a member of the Tyrannosaurid family and was known as a fierce carnivore from the Late Cretaceous period dating back over 77 million years ago—10 million years before its cousin, the T-Rex, roamed the Earth.

The species was native to what is now western North America and was discovered in 2018 in the Judith River Formation near Harve, Montana. It has been called one of the most historically important formations excavated by paleontologists over the last century. The discovery was rare, and it is one of the tiny handful to be found within the United States.

All known dinosaur skeletal remains from that dig are currently housed in institutional collections—like the Museum of Natural History in New York—making it the only specimen to be available for private ownership.