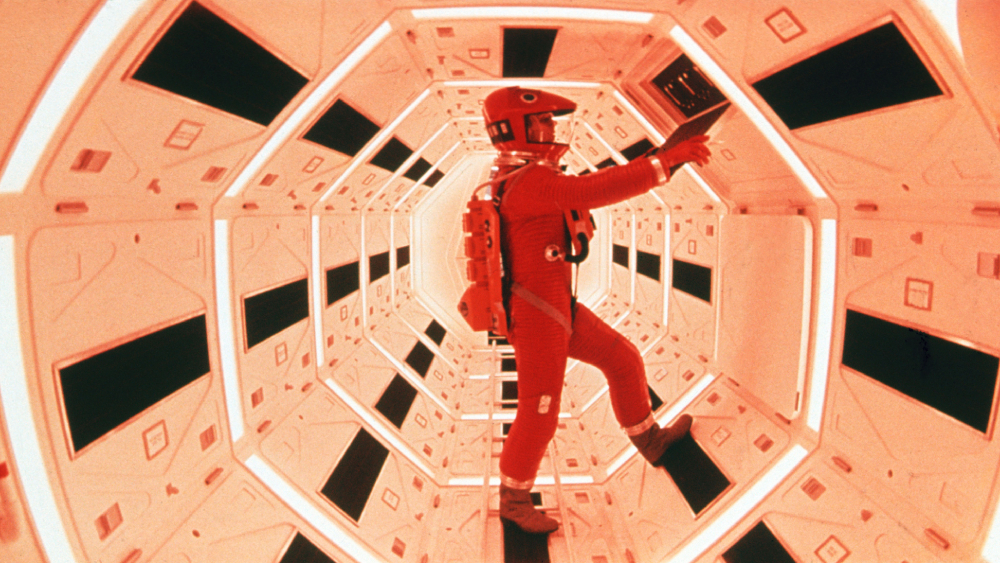 Film fanatics, particularly those with a strong Stanley Kubrick leaning, are in for a treat. The spacesuit featured heavily in the visionary director’s seminal 1968 film 2001: A Space Odyssey is headed for the auction block––and it could fetch as much as $300,000.

Put on by Julien’s Auctions, the sale (entitled Hollywood: Legends and Explorers) is filled to the brim with memorabilia from Tinseltown’s most adventurous movies. And it’s hard to get more adventurous than deep space travel. Based on a short story by sci-fi author Arthur C. Clarke, much of 2001‘s imagery and concepts have gone on to influence cinema at large. One of its most memorable sequences involves the main character Dr. David Bowman, played by Keir Dullea, as he navigates space travel donning the metallic spacesuit included in the lot.

The body of the suit has a silver-toned finish while the included helmet is currently painted white (though it was repainted on several occasions during the shooting process and has four discernible layers to prove it). Besides having a distinctly futuristic look, the suit’s material also allowed it to reflect the lighting scheme of a given set, the reason why it appears notably red or even gold in some film stills.

A front and rear view of the film’s iconic spacesuit.  Courtesy of Julien's Auctions

Finding major intact props from important productions can be difficult but especially so with those originating from 2001: A Space Odyssey. Legend has it that most of the production props and wardrobe were destroyed after the film’s production wrapped, which makes the items that survived among the rarest and most elusive.

The spacesuit comes complete with the official MGM shipping crate and even the same boots worn for the movie. Its bulbous helmet has a green base and green overspray confirming that, though it was likely worn by multiple actors, this example was indeed worn by star Dullea.