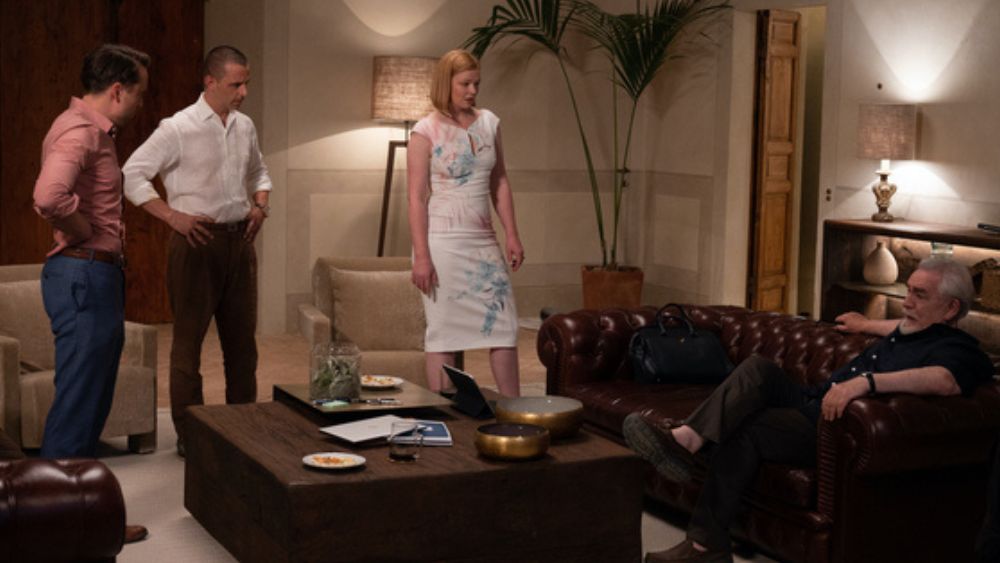 Over the course of its first three seasons, HBO’s Succession has captivated viewers with a mix of old-school daddy issues and writing so razor-sharp that only Veep could legitimately claim to match it. The show, created by Jesse Armstrong, centers around the ultra-wealthy Roy family who are in control of media empire Waystar Royco. Since its 2018 premiere, the dark and often comedic drama has mostly focused on the power struggle between patriarch Logan and his wannabe successor son, Kendall. Heading into season four, this three-year battle appears to be in the rearview, and audiences are left wondering what this delightfully dysfunctional ensemble will be up to next.

Leading the pack of 2022’s Emmy-nominated shows, the third season of Succession earned a record-breaking 25 nods, in addition to the most acting nominations for a drama series in a single year, according to Variety. Actors Brian Cox, Jeremy Strong, J. Smith Cameron, Sarah Snook, Nicholas Braun, Kieran Culkin and Matthew Mcfayden all earned nominations in their respective categories. Although, Mcfayden was the only one of his co-stars to come out victorious. The show was officially renewed for a fourth season back in October 2021.

After a shocking season three finale and a second stint as Best Drama, it’s safe to say that season four of Succession couldn’t be anymore highly anticipated. What horrifying zingers will be dished out next? Who will form an alliance against whom? What the hell are Tom and Cousin Greg really up to? If season three taught us anything, it’s that everyone is human, even the .001 percent. Could a newfound unity among the siblings hold, and keep them from conspiring against one another? It’s unlikely—and certainly not as entertaining. To echo Greg, what are these people going to do with souls anyway?

Here’s everything we know about season four of Succession so far and what you need to know before tuning in.

What is the Succession season 4 premiere date?

Succession season four is officially set to premiere in spring 2023, but the exact date has yet to be determined. According to the Emmy Award rules, for any program to be eligible, it must air in its entirety between June 1 and May 31 of any given year. So what does that mean? If you’re up for a bit of math, this upcoming season will consist of 10 episodes, which is one more than the previous but the same as seasons one and two. If you count back 10 weeks from the deadline, that brings us to March 26, 2023, as the last possible premiere date. Obviously, we’re hoping the clan returns to screens even sooner than that, but at least there’s a window, albeit a wide one.

Who from the original Succession cast will return?

What will happen in season 4 of Succession?

Chances are the toxic family angst isn’t going anywhere. (Roys will be Roys after all.) However, for the first time, Kendall, Roman and Shiv appear as a shockingly united front bent on retaining their power after the impending sale of Waystar to Matsson. At least, that’s what the official season four teaser and season three’s finale, “All the Bells Say,” led us to believe.

If you recall, in the last 15 minutes of the episode, we saw the siblings set their rivalry aside and band together to blindside Logan and block the supermajority vote needed for the sale. Feelings of shock and awe soon took over when the younger Roys learned that they’d been beaten to the punch, this time at the hands of their own mother no less. In the biggest power move (and betrayal) of the season, Tom appears to solidify his position at Waystar and prove his loyalty as Logan’s son-in-law by tipping the patriarch off.

In a newly released trailer for Succession season four, we’re given a first glimpse at what’s transpired post-backstab. Unsurprisingly, a disgruntled Logan calls his children out for being “pygmies.” Meanwhile, the sibs are busy forming a rebel alliance of their own. In the teaser’s final moments, Shiv appears ready for a face-off when Tom asks, “Do you want to talk about what happened?” And boy do we want them to. You can check out the full video below:

Understandably there are big questions looming over season four. Such as what does the future hold for Waystar? Which offspring, if any, will get their shot at the throne? Does Shiv know what Tom did—and did he really do it? And where the hell is Connor in all of this? As for everybody’s favorite character, Cousin Greg, actor Nicholas Braun recently told Deadline that in season four, “Greg shifts into another gear. He and Tom have a new frequency.” Well, we can’t wait to see how that plays out. It should provide plenty of “good memeage.” Something not shown in the trailer, although confirmed by producer Scott Ferguson in an interview with Variety, is that the Roys will be traveling to the mountains of Norway—Matsson’s home country—for a “family gathering.”

The official logline reads: “The sale of media conglomerate Waystar Royco to tech visionary Lukas Matsson moves ever closer. The prospect of this seismic sale provokes existential angst and familial division among the Roys as they anticipate what their lives will look like once the deal is completed. A power struggle ensues as the family weighs up a future where their cultural and political weight is severely curtailed.”

Will there be a season 5 of Succession?

Perhaps. Details on the future of Succession are sparse, but in an interview last June with The Times, Georgia Pritchett, a writer and executive producer on the show, hinted that the end could very well be near.

“I think the maximum would be five seasons, but possibly more like four. We’re at the end of filming season three, so at this point Jesse [Armstrong] is saying only one more. But that happens every time. We’ve got a good end in sight.”

If season four is in fact the series’ last, strap in, folks. It’s going to be a deliciously bumpy ride.