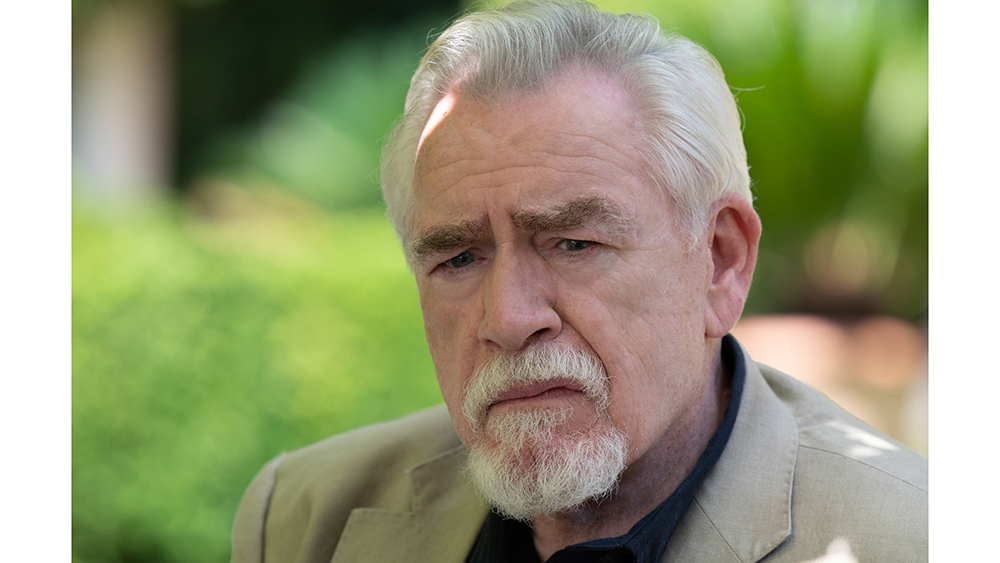 With the grand arc of Succession season three now full laid out in front of us, this smaller set of episodes (in both count and scale) shifted the show’s focus slightly and to great effect. More than ever, this is a series about family—the ties that bind and the treacherous backroom deals made during weddings—in the most deliciously Shakespearean sense.

The tense finale was not short on upheaval ahead of the already greenlit season four. Kendall? Alive! Connor? Engaged! Shiv? Betrayed! Greg? A claimant to the dormant throne of Italy! But it also surprisingly paid off some long-simmering emotional dramas. Who saw Kendall’s garbage-side confession coming? Or Tom’s seeming backstab? It all played out quite elegantly in a shocking but satisfying ending to a different kind of Succession season.

Let’s begin with the resolution of last week’s cliffhanger. The opening minutes of the finale dragged out as the writers toyed with us a bit. Seeing Logan reading a book to Iverson (albeit badly) and the siblings (minus Kendall) playing Monopoly, it wasn’t hard to get the sense that the hour had opened on a fantasy sequence, playing out somewhere deep in Kendall’s drowning brain. But he’s okay! One night in the hospital later, he’s looking forward to a Vanity Fair piece that Vanity Fair has no interest in doing and posting all of his communications from the last five years onto Insta.

Neither Roman nor Shiv really know what Logan has in mind.  Graeme Hunter

While Kendall says the pool float incident was merely the result of “one too many limoncellos,” the rest of the family seems to have made up their mind. They might not be on the best terms after Kendall’s assault on the firm, but as Roman so lovingly put it, “I suppose I don’t want you to die, so….” When death is on the table, even some of the worst siblings in the world know that they have to stand together. And that can be literal death or financial—but that second one is still a little bit down the road.

Because there’s some news in the merger of equals deal, which Connor knew absolutely nothing about much to his chagrin. (But hey, he got a fiancé out of it.) GoJo’s market cap has raised beyond Waystar’s, and each passing hour is making it clearer that these two company ain’t equals. Logan decides that it’s time for him to meet Matsson, and he looks past the dick pic he received last week to take Roman along for the ride.

If it wasn’t obvious before, the end of the episode made clear what this father-son duo has really been about all along. There’s no way that a power-obsessed maniac like Logan didn’t understand the implications of his children’s standing after his divorce from Caroline. The easily manipulated Roman at his side, ever loyal, was an insurance policy against the exact kind of takeover that he, Kendall, and Shiv attempted at the end of the episode. They were the Roman slaves that Zuckerson was telling Matsson about. (“We don’t love Mark.”) And Logan was doing his best to make sure they weren’t wearing the same clothes—until he couldn’t and then he had to make other arrangements.

Matsson makes his proposal to Logan, and no one gets punched in the face.  Graeme Hunter

Matsson is looking at alternative options, specifically one option. “I make sense as the person to take over,” the slab of gravlax tells Logan. He doesn’t think that Waystar has the tech to survive. The business is too old. With a sale to GoJo, Matsson would be sure to structure the deal as generously as possible, leaving enough power for the family and making Roman integral to the integration. “This is not happening,” says Logan, who then tells Roman to fuck off because it really does seem like this is happening.

Back at the wedding, Roman does his best to hide the fact that he has very little idea of what’s going on. Shiv, left out of the meeting again, asks, and the best she can get from him is oblique shit like “All will be revealed.” But in the meantime, there’s an engagement to celebrate. Willa hadn’t said “yes” to Connor’s proposal, and after his meltdown during Kendall’s intervention, she still doesn’t. But “You’re a nice man,” “Fuck it,” “How bad can it be?” and “Fuck it forever” all technically count as affirmative responses to a proposal in the world of Succession.

There are some disturbing rumors swirling, however. One is that Logan is loading his trebuchet with the help of some walnuts and maca root, possibly prepping for making a baby with Kerry. The other is that Matsson has some visitors in Italy that signal he’s looking for financing. This is no all-stock deal between two equals. This is looking like a takeover. Roman, giving away his lies by saying “cool beans,” admits to Shiv that Matsson was interested in buying and that Logan wasn’t completely opposed to the deal.

Roman doesn’t get to wear his serious face at the meeting with Matsson for very long before Logan tells him to leave.  Graeme Hunter

Shiv knows that torpedoing this deal calls for extra fire power. She’s going to need the help of the eldest son. That’s right! Kendall Roy. (His total lack of awareness when he said that in front of Connor was perfection.) It’s going to take the combined power of Ken, Shiv, and Roman—with the help of their mother’s divorce agreement—to block Logan’s required supermajority, but it’s confession time first.

“I killed a kid. They’re coming for me.” It seems like the intervention had a time-release effect. Kendall comes clean to Shiv and Roy, spurred by another near-drowning and the sight of some wedding staff taking out the trash. Roman does his best to downplay Kendall’s culpability by saying things like “This sounds like the story of a hero to me” and “Who hasn’t clipped the odd kid with a Porsche, right?” Shiv, on the other hand, is more worried about the calls she’s getting from Laird, who confirms their worst fears. Logan is moving on a sale to GoJo, and if it goes through, the three of them are essentially done.

So it’s time to spring into action. They hop into a minivan and start making plans. As long as the three of them stick together, there is a clear way to scuttle the deal. The holding company agreement means that Logan needs his three children with Caroline on board, and if they bring up the shareholder meeting UTI and Logan nearly dying at Josh’s, they can force their dad out completely. A full-blown coup. As a cherry on top, Shiv can arrange for ATN to report on Logan’s physical decline via Tom.

The season’s saddest storyline has led to its most shocking twist. Tom couldn’t take it forever, right? He faced insult after insult from Shiv. The open marriage request on their wedding night. Her indifference to his then-impending incarceration. Her near-disappointment when it turned out he wouldn’t be going away afterall. Her extra spicy dirty talk. The dam had to break eventually, and it did so spectacularly.

By the time the siblings three make it to their dad’s deal bunker, they’ve already lost. They just don’t know it yet. Logan explains the deal to them before everyone shows their cards. He feels the timing in his bones and can’t leave $5 billion on the table. When they push back and voice their concern about their future at the firm, he tells them to “make your own fucking pile.” This is their opportunity to learn about the real world, he insists—though the ship sailed on that a long time ago. The whole argument eventually comes down a tug of war for Roman’s soul, and—shockingly—he sticks with his siblings (and his own professional self-interest).

But it’s too late. “I have you beat, you morons!” Logan says. With the divorce settlement already reopened to move around some properties and after a timely tip (seemingly) from Tom, Logan was able to wrest his kids’ holding company power away from them. And even Gerri won’t help Roman out. They’re done. This is the closest that Succession will ever come to the Red Wedding.

So what does it mean going forward? Greg is on the come-up, straight to the bottom of the top (perpetuating my personal theory that he wins this whole damn show). And Tom, it would seem from his “deal with the devil” talk, has secured a choice spot for himself in whatever the new normal is, flipping the professional dynamic within the marriage—whatever is left of that marriage. But hey, Shiv may finally have a reason that’s actually compelling for her to hang onto her husband.