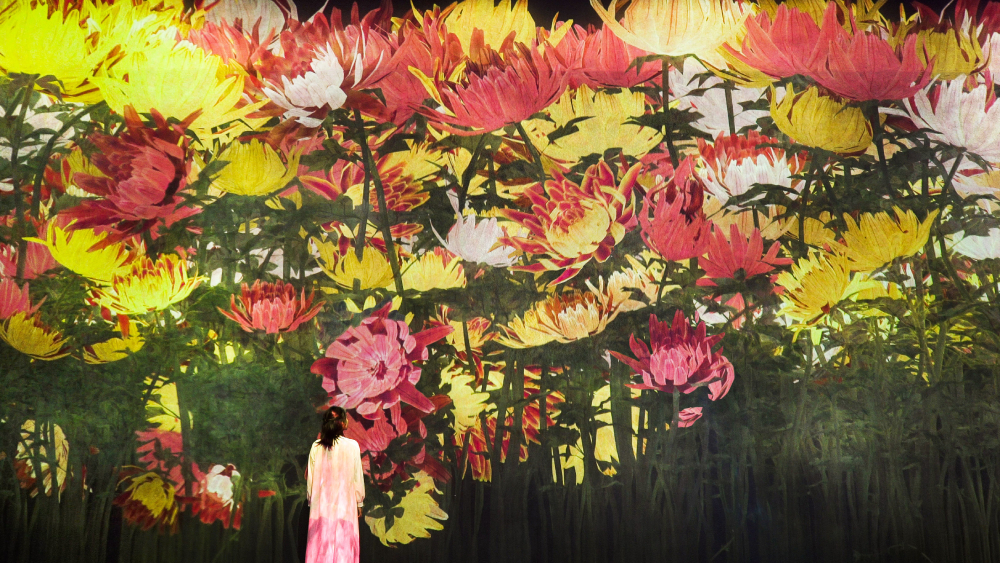 Mollie Dent-Brocklehurst’s résumé comes dripping with art-world cred: She launched Pace London, helped get the Garage Museum of Contemporary Art in Moscow off the ground and did time with both Gagosian and Sotheby’s. Now she has teamed with her former boss at Pace Gallery, president and CEO Marc Glimcher, to found Superblue, an independent new concept that straddles the divide between art and entertainment.

Superblue represents a radical business model: a for-profit venture that exhibits seriously respected artists who produce experiential works, rather than objects, and pays them a cut of ticket sales. Now projected to open in Miami in early spring (Covid has delayed its debut several times), Superblue will mount the kind of large-scale, immersive exhibitions that have become wildly popular in recent years: Think Random International’s Rain Room, which had thousands waiting for hours in sweltering heat to experience a tech-generated rainfall, or teamLab, a digital-heavy collective that opened its own Tokyo exhibition space in 2018 and drew over 2 million visitors in its first year. Dent-Brocklehurst, who is the enterprise’s CEO, says Superblue is similarly courting a “much wider audience” than the standard gallery or museum.

But she has some experience going after unconventional art audiences. In the mid-2000s she introduced avant-garde sculpture to the gardens of her family’s Sudeley Castle in the UK, where Katherine Parr, Henry VIII’s final wife, lived, died and is buried. And later, while working with Dasha Zhukova on the Garage, she simultaneously helped Zhukova’s then-partner, Roman Abramovich, build his private collection. “He knew what he wanted, although he was pretty fresh to the market,” she says of the Russian-born tycoon. “He was not drawn to American pop art or anything like that. It was very much European realism and Russian paintings. He had wonderful taste and a brilliant mind.”

Dent-Brocklehurst spoke to Robb Report about Superblue’s raison d’être, its ambitious expansion plans and finding a supportive backer in billionaire Laurene Powell Jobs’s Emerson Collective. The conversation has been condensed and edited.

What was the genesis of Superblue?

I was looking at a number of artists emerging in this field. You could call it a movement, but that may be strong language. A group of artists was pushing the boundaries. A lot of their interests lay in the intersection between art and technology, nature and science, very multidisciplinary. And they had a very wide audience.

But unfortunately, the gallery model—the sales of objects and the art fairs—did not serve them very well. The objects that they make are in some cases fantastic, but it’s not their primary focus. They’re almost spin-offs, or souvenirs, from the bigger picture. We looked at the incredible success of teamLab’s own exhibition space and saw that we could support these artists and give them an ongoing revenue share. That was a new way to see us as artist representatives but creating a business at the same time.

Did artists express discomfort with the pressure that ticket sales can bring?

We haven’t had that at all. It’s a totally relevant point. We went through iterations of different potential backers, and we were worried about having to create crowd-pleasers. We found the perfect supporter: The Emerson Collective has a huge interest in the connection between art and social impact. Certainly most, if not all, of the artists connect their work with social impact, whether it’s about sustainability, interfacing with artificial intelligence, community building or race relations. They’re all thinking about how their work can lead change through experience.

Of course, Emerson is a sustainable business. It’s not about throwing money away. But they do feel there are more important things in life than straight profits.

Exhibition view of Every Wall Is a Door, with teamLab’s Universe of Water Particles and Flowers and People.  Superblue

Why did you choose Miami for Superblue’s debut?

The perfect city for us has the right balance between residents and tourists. The demographics are right but also the vibrancy. There’s a really interesting art world, but it’s perhaps not as saturated as New York.

What cities are you looking at for expansion?

I can’t tell you that, but I think the next one will also be in the US. We expect to open several over the next few years. One of the models is that when we create these incredible artworks, we activate them in one location and then we travel them.

What can you apply from your start-up experiences with the Garage and Sudeley Castle?

Certainly, working in a big space. The Garage was enormous. Breaking into a new market. And working outside of the gallery model, where we were not focused on sales. We were thinking about audience enjoyment and numbers and all the operational issues that come with this project as well.

Sudeley was again trying to bring a different kind of art to a different kind of audience, integrating an experience going through a historic house. As gorgeous as it is, it’s mostly a ruin and a garden, but taking inspiration from that history and architecture and creating a very contemporary sculpture park around it. That was a very formative experience for what I’m doing now.