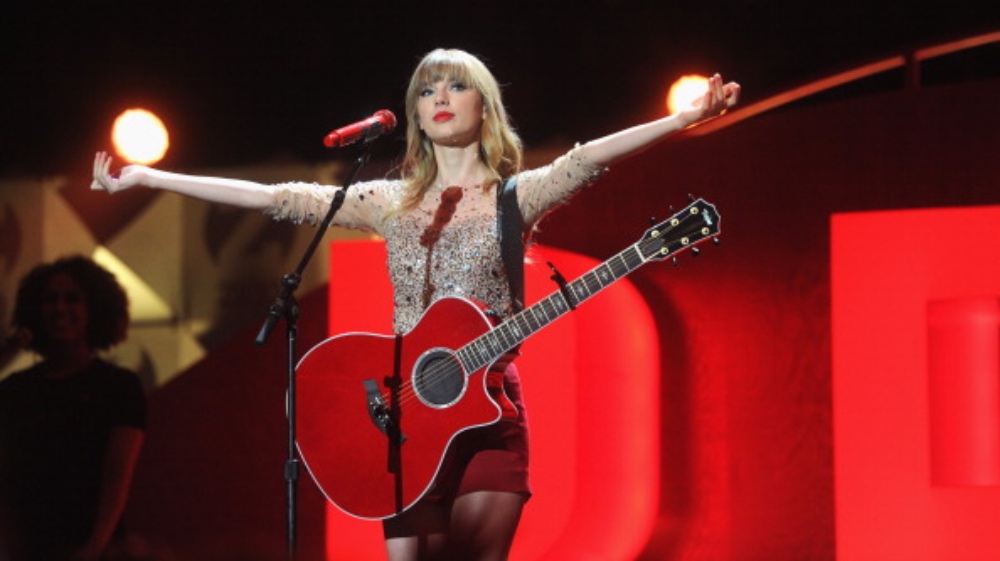 Taylor Swift fans know all too well how iconic the singer’s guitars are. Now, the songwriter is giving away one of her six-strings as a part of a new auction.

The Swift-signed acoustic guitar is adorned with an incredible image from Midnights, the artist’s 10th studio album released on October 21; the anthology went on to sell more than 1 million copies in its first week. The picture itself depicts the superstar outstretched on a plush couch in a neutral-toned living room. At time of publication, the instrument had a top bid of $4,500.

Donated from Swift herself, the listing is part of the Raven Drum Foundation’s second annual 12 Drummers Drumming event, which started back in November in honor of Veterans’ Day. The California-based organization was founded by Rock & Roll Hall of Famer Rick Allen, of Def Leppard, and his wife, singer-songwriter Lauren Monroe, to raise funds for people dealing with PTSD, trauma and suicidal ideation. The non-profit’s mission statement says it contributes to “global healing and community through advocacy, storytelling and the promotion of complementary and alternative medicine.”

If you manage to snag a lot, you’ll celebrate the new prize on a Zoom call, which will feature some surprise guests, slated for December 15. You have until December 12 to place your bed on all offerings, including the Swift item.

Looks like there won’t be any teardrops on this guitar.