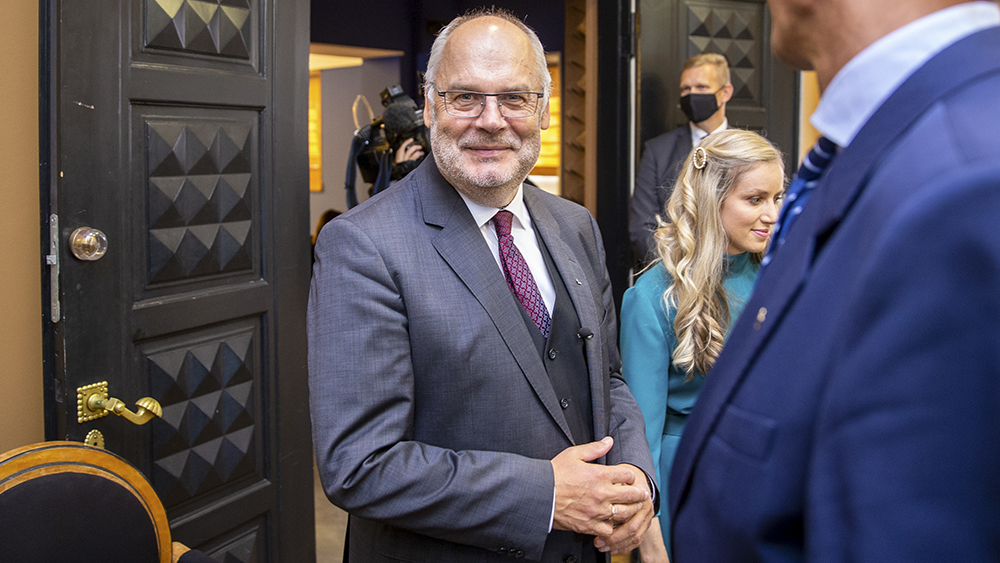 Estonia has found its new president in a place far outside the political arena—the art world. Alar Karis, the director of the Estonian National Museum in Tartu, has been elected to lead the country. He was the sole person running for the mostly ceremonial position, and was named the winner with 72 out of 101 votes in Estonia’s Riigikogu parliament. When Karis takes office on October 11, he will be Estonia’s sixth president, replacing Kersti Kaljulaid.

Since 2018, Karis has been director of the Estonian National Museum, which hosts exhibitions and facilitates research focused on everyday life in the country, the Estonian diaspora, and Finno-Ugric cultures. Much of his career prior to that had been in academia as a molecular geneticist and developmental biologist, with posts at the Estonian University of Life Sciences and the University of Tartu.

Karis hails from Tartu, the second-biggest city in Estonia. This is not his first go-around in government, however. Between 2013 and 2018, he served as the country’s auditor general.

Prior to his campaign for president, Karis had not served in Estonia’s Parliament. His election on Tuesday came after a first run on Monday, when he failed to receive the 68 votes from members of the Riigikogu needed to win the presidency. (He was the only candidate in both votes.)

Karis had announced his plans to campaign for the post just weeks ago, and was initially endorsed by Estonia’s Prime Minister Kaja Kallas and her Reform Party as well as the Center Party, which makes up the center-right coalition that is in control of the government. According to the Associated Press, Karis was then endorsed by both the Social Democrats and the more conservative Fatherland party on Tuesday, allowing him to receive enough votes to secure the role.

“I would like to thank everyone who voted for me, as well as those who did not,” Karis said in a statement. “I promise to be a good partner to the Riigikogu. Thank you very much.”