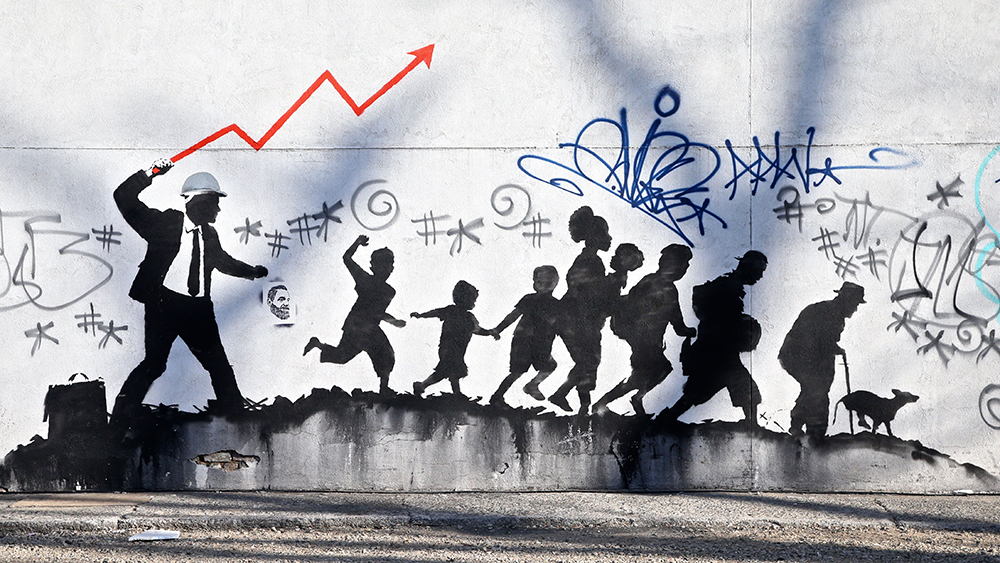 Scour the internet and you’ll find a bunch of theories about Banksy, because despite the artist’s meteoric rise—in both clout and net worth—we still don’t know who he really is. But the latest theory, courtesy of some artworld conspiracy theorists, is particularly intriguing: Not only does it point out the identity Banksy, it also suggests he’ll be adding graffiti to the streets of New York City this weekend.

According to the New York Post, it’s all to do with the late ‘80s trip-hop band Massive Attack. You see, some theorists believe that frontman Robert “3D” Del Naja is, in fact, Banksy—and Del Naja will be with the band when it plays Radio City Music Hall from Thursday, September 26 to Saturday, September 28.

The theory was coined by a student at Glasgow Caledonian University back in 2016. Craig Williams, now a freelance journalist, told the Post: “I wanted to figure out the number-one pop culture question: ‘Who is Banksy?’”

Williams began by looking for a connection between Banksy and the music industry; he soon saw that whenever Banksy’s art cropped up in a particular city or made headlines, Massive Attack was playing in the same place, at the same time. “It seems to be more than just coincidence when that happens 10 to 12 times,” said Willaims.

There are other similarities, too: Both Banksy and Del Naja cut their teeth in Bristol’s street art scene during the ‘90s. Banksy was part of the DryBreadZ Crew and Del Naja has been described as Bristol’s “spiritual leader of the graffiti scene,” according to Seth Carmichael, a New York-based dealer of secondary-market street art.

Moreover, the pair has consistently appeared in each other’s work. Del Naja popped up in Exit Through the Gift Shop, where he described Banksy as a “mate,” while Banksy wrote the foreword of Del Naja’s 2012 book 3D & the Art of Massive Attack. And, if you want concrete evidence, Banksy’s Walled Off Hotel in the West Bank features a fireplace with Massive Attack’s flame logo on the back wall of the piano bar.

So will Banksy be here this weekend? “There is always a chance,” Carmichael said. “Banksy loves New York, he loves Massive Attack. It would not be out of the question.”