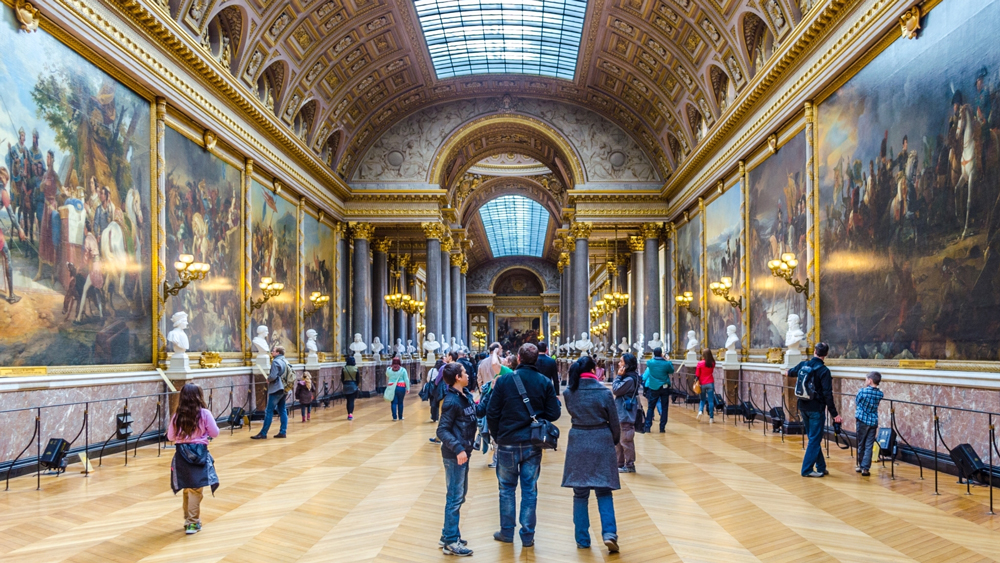 Want to take over the Louvre in Paris, like Jay-Z and Beyoncé? The world’s largest and most famous museum, which attracts 10.2 million people per year, is now offering solo tours. Not private tours with a museum specialist, but tours that give you the entire museum to yourself—that’s right, not another pesky, pushy tourist in sight.

That means you won’t have to fight your way through hoards of people to see the Mona Lisa. You can film a mock music video next to the 8-foot-tall Winged Victory of Samothrace sculpture (just like Jay-Z and Beyoncé), or waltz through Napoleon’s velvet and crystal chandelier–covered apartments like you own the place. But you will have to drop 30,000 euros (approximately $34,000) for the ultra-exclusive experience. (A regular ticket to the Louvre costs 15 euros, or about $17.)

The 90-minute tour for up to four people is being offered by Paris-based luxury travel company Family Twist, according to CNN. The first requested tour was from a wealthy client in Shanghai, who asked Family Twist founder Magali Dechelette if she could pull off his ultimate fantasy of having the Louvre entirely to himself. It took her three months to orchestrate, but Dechelette fulfilled his dream. Now, she is able to offer the service to other wealthy clients looking for the same level of access.

Beyoncé and Jay-Z in the Louvre for their “Apesh**t” video.  Screengrab from "Apesh**t" video.

Tours begin in the evening, with guests being picked up at 6:30 pm from their hotels (the museum closes at 6:00 pm four days a week) and driven by a Tesla to the drop-off point at I.M. Pei’s iconic glass pyramid. The tour starts at the medieval section, in what was formerly the building’s dungeon during the 12th century. The visitors are then greeted by an art historian who hands them an envelope. Almost like a real-life treasure hunt, cards are enclosed inside with bits of the museum’s masterpieces (Mona Lisa’s eye or the cat in Paolo Veronese’s The Wedding at Cana) so that guests can try to match them to the antiquities they see along the tour.

At just an hour and a half long, the tour cannot possibly include the museum’s 38,000 pieces of exhibited art, so the tour hits museum highlights such as those mentioned above, as well as the Venus di Milo and Jacques-Louis David’s The Coronation of Napoleon. (Though we are pretty sure if you wanted to tailor it to your own interests, Dechelette would be able to oblige . . . presumably for an extra fee.)
The tour ends, of course, with the Mona Lisa. However, there are a few surprises along the tour, like a ballerina dancing on the staircase leading up the Winged Victory of Samothrace. Okay, so it may not compare to a private Jay-Z and Beyoncé performance, but it’s a little something extra.
The evening ends on the Pont des Arts, where guests board a private riverboat (Paris’s Bateaux Mouche river cruises are a famous tourist excursion, and we assume this is an upgraded boat) with Champagne, cheese, and caviar, to take in Paris by night along the Seine.