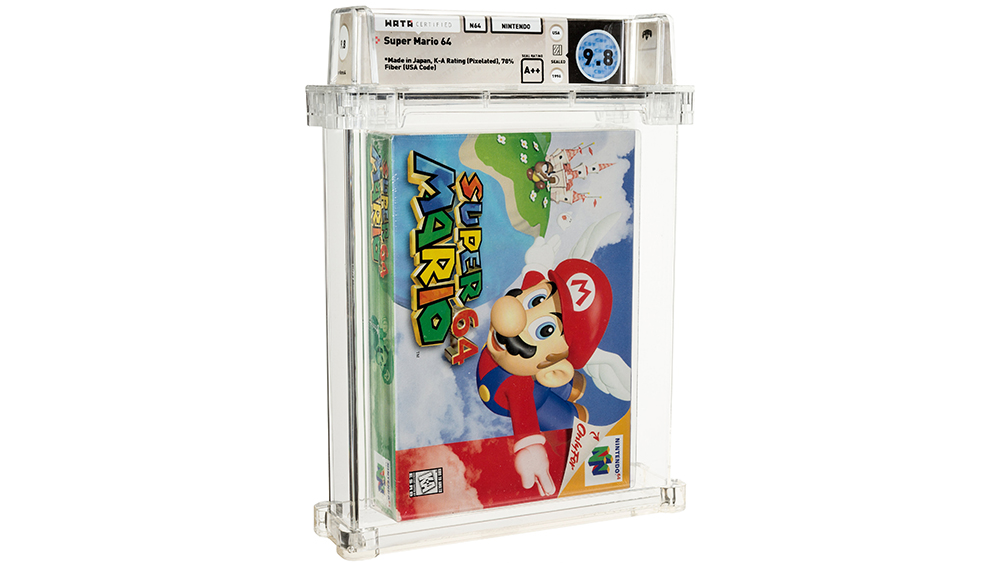 Mamma Mia! A copy of Super Mario 64 just became the most expensive video game ever sold at auction.

The pristine sealed copy of the beloved ‘90s Nintendo 64 game was snapped up for a staggering $1.56 million on Sunday at Heritage’s Video Games sale. The three-day auction realized more than $8.4 million overall.

The auction house said it’s the first time in history that a game has reached seven figures. The sale eclipsed—one-upped, if you will—a record that was set only two days prior, when another Nintendo classic, The Legend of Zelda, sold for $870,000 at the same auction.

“After the record-breaking sale of the first game in the Zelda series on Friday, the possibility of surpassing $1 million on a single video game seemed like a goal that would need to wait for another auction,” Valarie McLeckie, Heritage’s video games specialist, said in a statement. “We were shocked to see that it turned out to be in the same one.”

Released in 1996, Super Mario 64 built upon the first edition of the series that debuted in 1985 and was the first game to feature the Mario character in 3-D. It was an instant hit and went on to become the single best-selling video game on the console. To date, it’s sold nearly 12 million copies worldwide and spawned myriad follow-up games.

This particular example is immaculately sealed and has never been played. It also achieved the highest possible A++ classification from video game grading company WataGames.

Of course, the sale is about more than just the condition of the game. The enduring love for Super Mario has rendered vintage collectibles and nostalgic merchandise extremely rare. In fact, before last weekend’s auction, the title of the most expensive video game belonged to a sealed copy of Super Mario Bros that sold for $660,000.

This marks the first standalone video games auction that Heritage has held. And, after the stellar results, it’s unlikely to be the last.

“We are proud to have been a part of this historic event, and look forward to being on the forefront of the video game hobby and serving such a dedicated collector community in the years to come,” McLeckie added.