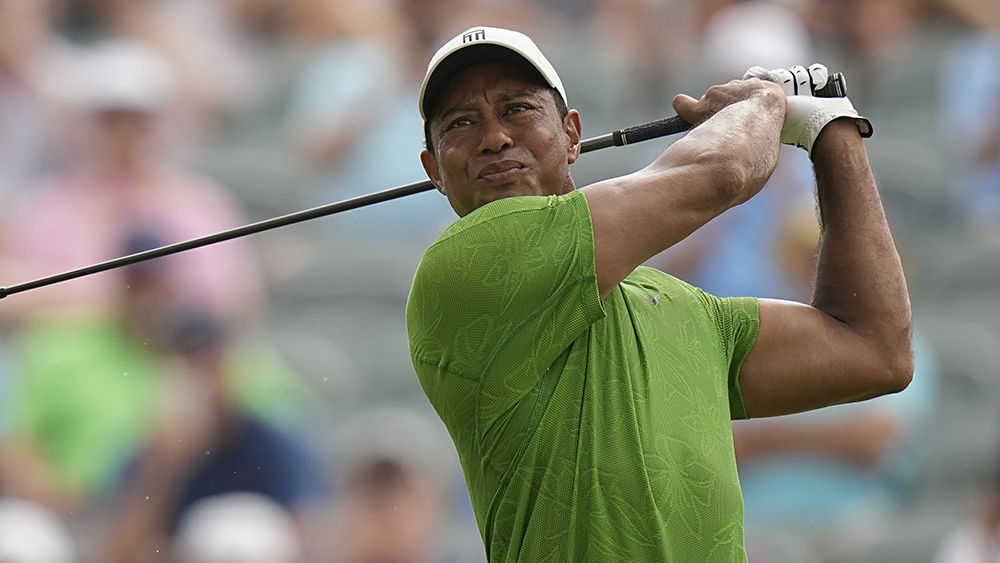 Tiger Woods one of the best golfers in the history of the game. Now he’s joining another elite group: athletes worth 10 figures.

Woods’s net worth is estimated to be more than $1 billion, according to Forbes, putting him in the elite company of Michael Jordan and LeBron James, who reached billionaire status just last week. Less than 10 percent of Woods’s wealth comes from his golf winnings, though. Most of his stratospheric career earnings are the result of his many endorsement deals with companies such as Gatorade, Rolex and Nike, the last of which remains his biggest backer.

“He hit the right time in the right sport, being an athlete with a diverse background who was approachable,” Joe Favorito, a sports business consultant, told Forbes. “Brands love knowing they’re getting someone who is embraced not just by the traditional but also by the casual fans.”

Woods is also involved in many sports-adjacent business ventures, helping add to his net worth. He’s associated with the golf design business TGR Design, the events production company TGR Live and the restaurant The Woods. He also has stakes in several other businesses, including a golf technology training tool and a luxury mini-golf experience (for all of those whose stroke is a little less powerful than Woods’s).

The golfer and his peers have “been extremely skillful in taking parts of businesses, in creating their own business, in ways that athletes before them just weren’t,” Leigh Steinberg, the legendary sports agent, told Forbes.

Over the past 12 months alone, Woods has made $68 million in off-course income, which makes him the 14th highest-paid athlete in the world (despite the fact that he’s only played in the Masters and the PGA Championship in the past few months). That pales in comparison, though, to the more than $100 million he was making off the green at the peak of his career.

Even so, if Woods were to put down the clubs for good sometime soon, the more than $1 billion he’s got to his name should feel as good—or even better—than winning a PGA title.