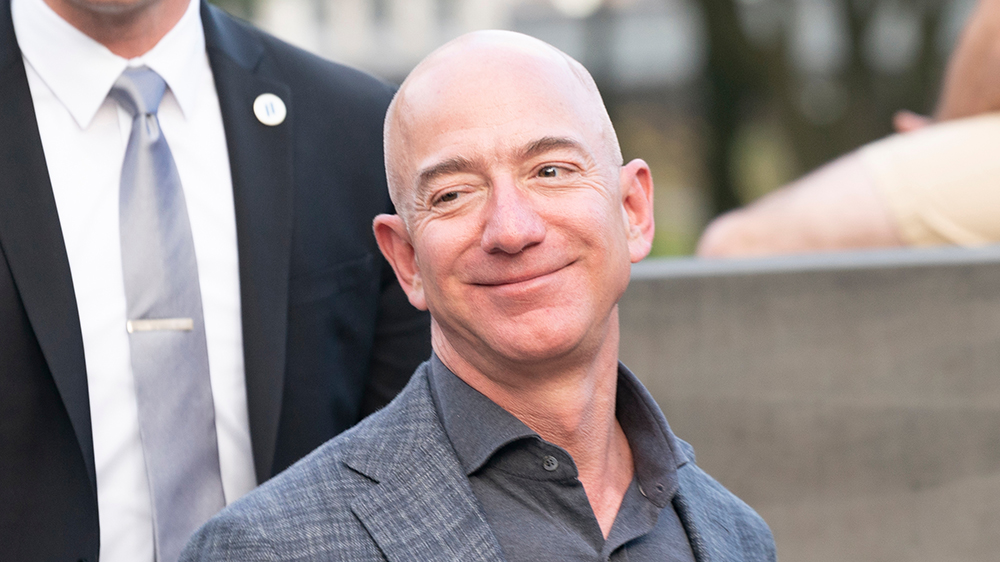 The world’s first trillionaire—it’s quite a title. And one that’s expected to belong to Jeff Bezos in just six years.

According to a new study by Comparisun, the Amazon CEO’s monumental fortune is growing at such a rate that he could be the inaugural member of the 13-figure club by 2026.

The business software comparison site looked at Bezos’s average percentage of yearly growth over the past five years—pulling data from the Forbes Billionaires List—to calculate his yearly wealth growth rate. By applying this growth rate over the coming years, the study concluded that Bezos would reach trillionaire status at the age of 62.

As of Thursday morning, Bezos’s net worth was estimated at $143 billion, according to Bloomberg’s Billionaires Index, which means it’s increased more than $28 billion since last year. That’s all thanks to his booming online marketplace Amazon, which has seen a surge in sales due to the global Covid-19 quarantines. The company clocked $75.5 billion in revenue for the first quarter of 2020, which is especially good if you have an 11.2 percent stake in the company, like Bezos.

The research also forecasts that Chinese business magnate Jack Ma will become a trillionaire in 2030, while luxury goods tycoon Bernard Arnault should reach the status three years later in 2033. Carving out his own piece of economic history, Facebook founder Mark Zuckerberg is estimated to become the world’s youngest trillionaire in 2036, when he will be just 51 years old.

Of course, these are just projections and haven’t accounted for the full wrath of Covid-19. The deadly virus is wreaking havoc on the global economy, and many of world’s richest people are seeing their portfolios contract. Indeed, back in March, the world’s 500 richest people lost a combined $239 billion in one day. And while Bezos may be raking in the cash, some of his fellow billionaires are losing it at a gobsmacking clip. Bernard Arnault’s personal fortune, for example, has declined $30 billion after LVMH’s stock plunged by 19 percent this year. It’ll be a long road back to normality for the stock market (and the world), and we’ll likely see fluctuation in the wealthiest billionaire’s net worth as things level out. Whether that volatility will be enough to derail Jeff Bezos’s super train to trillions remains to be seen.