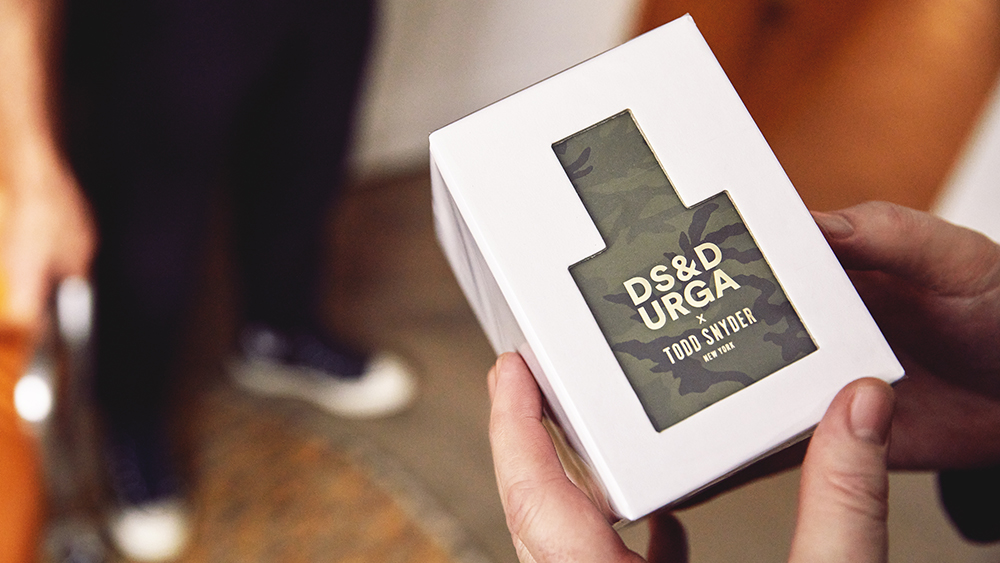 Todd Snyder and D.S. & Durga have been working together since the retailer began stocking the indie perfumer’s scents in-store and online in 2017. This week the duo is taking that relationship to a new level with the release of Young Dunes, the first fragrance made exclusively for Todd Snyder, which will become available on Thursday, January 26 at 10 a.m.

Founded in Brooklyn in 2008 by self-taught perfumer David Seth Moltz and former architect Kavi Ahuja Moltz, D.S. & Durga has earned a reputation for playfully esoteric scents that recall other times and places. Some of its greatest hits include Burning Barbershop, which recreates the smell of a 19th-century barbershop-turned-inferno with smoke, vanilla and lavender; and Cowboy Grass, which relies on sagebrush and prairie switchgrass to conjure a romantic image of the American West.

The scent maker’s collaboration with Todd Snyder is no different, but the olfactory vista created by Young Dunes will fall much closer to home: in particular, the dunes of the East Coast beaches frequented by the designer when he moved to New York City in the 1990s.

“Coming to these beaches, it’s amazing how much it becomes a part of your life. And you suddenly become dependent upon it. It’s almost like safety in a way…I feel anxious if I can’t get to the beach,” says Snyder in a statement.

There’s no shortage of summery scents meant to evoke beach days, but many of those fragrances look to the Mediterranean for their inspiration and ingredients. In staying true to Snyder’s memories, D.S. & Durga—which produces all of its scents in-house—instead favored wild botanicals that grow Stateside.

“Todd wanted to make a fresh cologne that evoked our shared love of East Coast dunes. The plants that grow there are of particular interest to me,” said Moltz in a statement. “It was easy to build out a classic cologne but switching the Mediterranean herbs for ones that grow wild here.”

The result is an eau de parfum described as having wooly beach heather, verbena and citrus as its top notes; sage, sea lavender and yellow iris at the heart; and a base formed by musk, suede and dune grass. The final, 50ml product—which retails for $190—is packaged in D.S. & Durga’s familiar rounded bottle, which is itself marked by Todd Snyder’s trademark camouflage pattern.

With the dreary, post-holiday span of winter stretching out before us, a trip to the beach sounds pretty good right now. Thankfully, a spritz of Young Dunes can get you there a little early.