Looking for Robb Report UK? Click here to visit our UK site.
×
By Abid Rahman for The Hollywood Reporter

Abid Rahman for The Hollywood Reporter

Abid Rahman for The Hollywood Reporter's Most Recent Stories 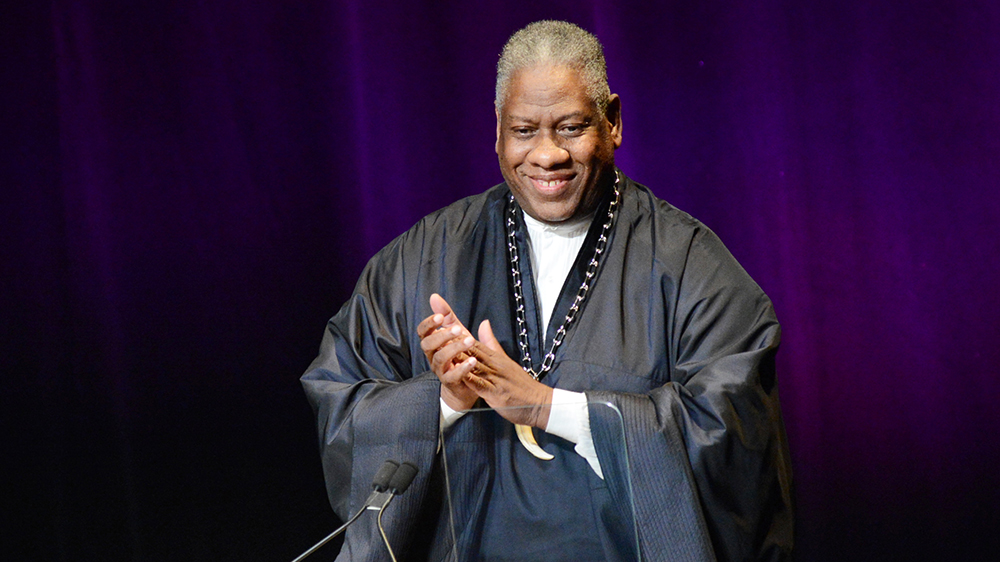 André Leon Talley, the hugely influential fashion journalist and flamboyant former editor-at-large of US Vogue, has died. He was 73.

Talley’s literary agent David Vigliano confirmed his passing to The Hollywood Reporter on Tuesday. Other details, including the cause of death, were not released.

A towering figure in fashion, both literally given he was 6-foot-6 and figuratively due to a career that spanned six decades, Talley wrote about fashion at a number of publications including Women’s Wear Daily, W and even a brief stint at The New York Times. But it is American Vogue that he is indelibly associated with, serving variously as the magazine’s news director, creative director and as well as editor-at-large working closely with EIC Anna Wintour.

A trailblazer, Talley was one of the most high profile, and all-too-rare, Black fashion editors and worked to promote more diversity on the runway and in the creative ranks of high fashion.

Born on October 16, 1948, in Washington, DC to William and Alma, Talley was raised by his grandmother Bennie Francis Davis in North Carolina, where she worked as a maid at a Duke University college dormitory. Fashion piqued Talley’s interest at an early age, and he told The Guardian in 2020, that “every Sunday I would walk across the railroad tracks into the affluent part of Durham and buy Vogue and Harper’s Bazaar, and go back to my grandmother’s house, read my magazines. I was allowed to retreat from the bullying and the sexual abuse into a beautiful world.”

He won a scholarship to study at Brown University, completing a Master of Arts in French Studies with aspirations of later becoming a French teacher. He wrote his master’s thesis on the correspondence between the 19th-century artist Delacroix and the poet Baudelaire and graduated in 1972.

After college, Talley secured a coveted internship with Diana Vreeland, the legendary former Vogue editor-in-chief, working as her assistant at the Metropolitan Museum of Art’s Costume Institute.

In the 2018 documentary film about his life, The Gospel According to André, Talley spoke about his grandmother and Vreeland as being the two biggest influences on his life, informing his work ethic, first at home and then at the start of his career.

“My grandmother and Mrs. Vreeland were so different in their lives but so similar,” Talley recounts in Kate Novack’s film. “They both believed in the strong values of work, family and tradition, and I learned very early on from my grandmother. I had chores and duties to do. And I did them with great glee because they were a part of my life.”

Of Vreeland, Talley says in the film, “She was a woman of great gravitas but had a superficial theatricality that maybe resonated with people,” he says. “But beneath the surface was a very serious, hard-working woman.”

Talley’s first major job in fashion journalism was in 1975 joining Andy Warhol’s Interview Magazine. From there he went to Women’s Wear Daily, becoming its Paris bureau chief and working under editor John Fairchild, who also became a mentor. He then had a five-year stint at W Magazine followed by brief spells at various publications, including the Times, before landing the fashion news director role at Vogue in 1983, joining the same year as Wintour.

Wintour and Talley became close and formed a formidable leadership team at Vogue and both were striking fixtures on the front row of the most important fashion shows, she for her signature sunglasses and pageboy haircut and he for his height and flamboyant dress sense that in later years included caftans and capes. When Wintour was appointed editor-in-chief in 1987, she made Talley creative director, an extremely powerful role in the industry that saw him champion various Black designers and lobby for more diversity on the runway.

Talley’s relationship with Wintour engendered a great amount of interest in fashion circles and outside it; two of the most powerful figures in that world and beyond. But it was not always smooth; Talley would reveal that she staged, along with the designer Oscar de la Renta, an intervention for him to lose weight, sending him to the Duke Diet & Fitness Center at Condé Nast’s expense. In interviews, he said his struggles with his weight came after the death of his grandmother in 1989.

Talley left Vogue in 1995, only to return three years later as editor-at-large. In this late period of his career, Talley pushed the work of designers Jason Wu and Rachel Roy, pairing the former with First Lady Michelle Obama.

He gained notoriety with a new generation after serving as a judge on America’s Next Top Model for four seasons in 2010 and 2011 opposite Tyra Banks and photographer Nigel Barker. He also had cameo roles in Sex and the City and Empire and appeared in the fashion documentaries The September Issue and Valentino: The Last Emperor.

Talley left Vogue for good in 2013, and famously fell out with Wintour in 2018 when he was unceremoniously dropped as a red carpet interviewer at the Met Gala and replaced by YouTuber Liza Koshy. He claimed he was replaced due to his age.

In recent years, as a contributor to Air Mail, Talley had written about such subjects as a biography of Lagerfeld and a book of photographs of John Galliano’s years at Dior.

In 2020, Talley released a best-selling memoir, The Chiffon Trenches. Following up on his first memoir, ALT, released in 2003, the book drew intense news coverage due to his critiques of his former boss, Wintour. He called her “ruthless” and “not capable” of “simple human kindness” for not contacting him over the Met Gala incident.

Beyond those grenades launched at fashion’s most powerful editor, the book was a fascinating, often rueful recounting of his rise in the fashion world, the racism he had encountered along the way (including a particularly abhorrent nickname one fashion publicist had given him), and how, once he no longer had a powerful job at Vogue, he felt he was simply was no longer in the “in” crowd. It also includes a slew of anecdotes about everyone he became close to throughout his career, from early mentor Vreeland and good friend Lee Radziwill to late Chanel designer Karl Lagerfeld, who at one point simply dropped him as a friend.

“André is one of the last great fashion editors who has an incredible sense of fashion history. He can see through everything you do to the original reference, predict what was on your inspiration board,” designer Tom Ford told Vanity Fair. “My God, when he sits in the front row, to know that he understands what you’re saying, what you’re trying to put into pop culture—that is what you work for as a fashion designer.”

Luxury Fragrances Have Generated Over $4 Billion in Sales This Year, a New Report Says