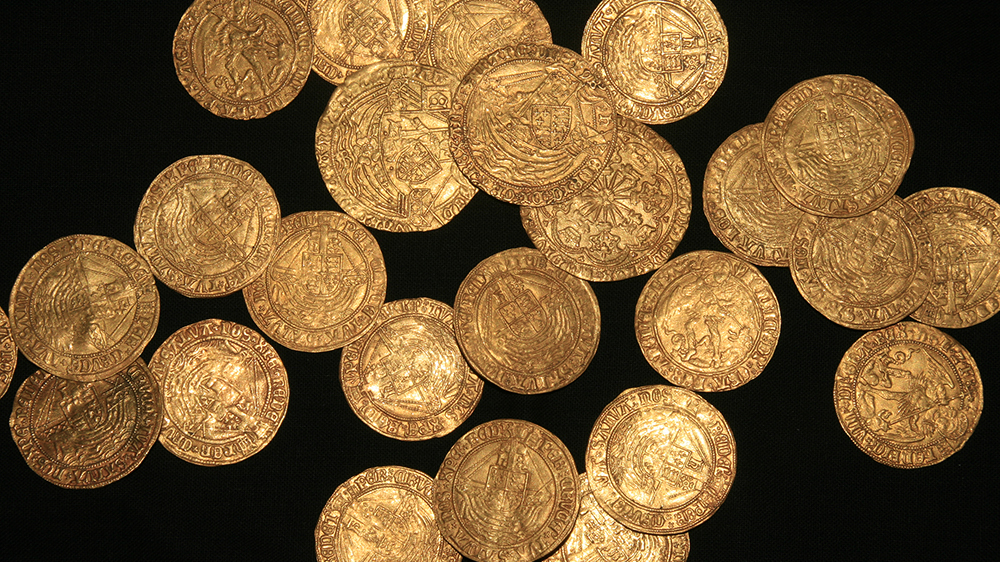 Life as we know it may have ground to a halt in 2020, but treasure hunters appear to be going about business as usual. Witness the UK, where amateur archeologists have turned up thousands of gold coins and other antiquities since the start of the pandemic.

The British Museum recently announced that it has seen a large increase in “garden finds” since the beginning of the pandemic, reports CNN. In total, over 47,000 discoveries—including two hoards of coins, a Roman furniture fitting and a medieval bishop’s seal matrix—have been made this year, the bulk of which came during the country’s two coronavirus lockdowns.

Hobbyists combing the country side with metal detectors are said to be most responsible for these discoveries. But these amateurs aren’t just uncovering artifacts and keeping them for themselves; they’re adding and updated records through the museum’s Portable Antiquities Scheme (PAS) database. According to the museum, there has also been a notable uptick in digital recording during the UK’s first “full lockdown,” from March 22 to May 13, and its second, which went into effect on November 5. During the first, 6,251 finds were recorded and 22,507 were updated in the database.

The artifacts the at-home archeologists are uncovering have actual historic value, too. Of particular note are two hoards of gold coins. The first (pictured at top), which was uncovered in the New Forest area, includes 63 gold coins and one silver coin dating back to the 16th century that feature monarchs Edward IV and Henry VIII. A second, consisting of 50 modern South African gold coins, was found buried in a garden 50 miles north of London. Other artifacts of interest include a copper alloy Roman furniture fitting with the face of the god Oceanus and a lead-alloy medieval seal matrix in the name of David, Bishop of St Andrews, that is believed to have been a forgery.

A medieval seal matrix in the name of David, Bishop of St Andrews, believed to be a forgery  British Museum

“Like all of us, the British Museum’s Portable Antiquities Scheme has had to adapt in recent months, but it is brilliant to see the scheme growing from strength to strength during lockdown thanks to garden discoveries and digital reporting,” culture minister Caroline Dinenage said in a statement.

The UK’s Treasure Act of 1996 requires that anyone who finds an artifact over 300 years old must report it to the authorities in that area. If the object is deemed to be a treasure, it is taken to the British Museum to be valued, and the discoverer is paid a fair market price for it. Although the museum’s report only covered the first 10 months of 2020, it also announced that 81,602 finds were recorded in the PAS in 2019, an increase of more than 10,000 over the previous year.