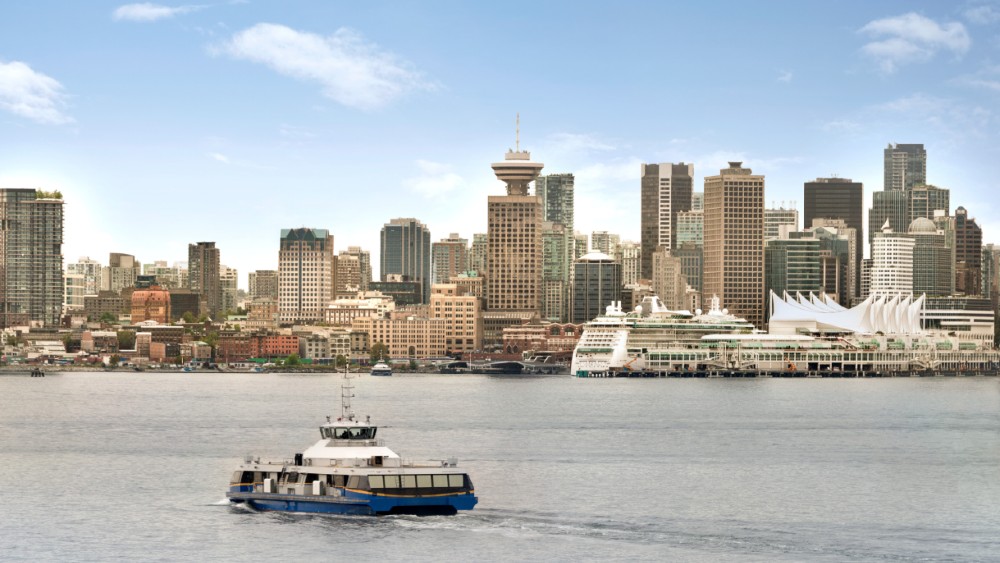 Vancouver’s tourism boom has officially reached its north side—specifically, North Vancouver’s Shipyard District, set along the vibrant waterfront in the Lower Lonsdale neighborhood. Rich with maritime history, Lolo (as the area is known) is set just a 12-minute Seabus ride from downtown Vancouver, and is both one of the area’s oldest and fastest-growing communities, with an array of independent restaurants, galleries, shops, gourmet food purveyors and more. As of October 1st, it’s also home to Seaside, a new luxury hotel from Executive Hotels & Resorts, the team behind several upscale properties across Canada and the U.S., including the Executive Hotel Le Vintage in San Francisco’s Nob Hill and the AAA Four Diamond-awarded Executive Le Soleil in New York City.

From its perch on the waterfront, Seaside is surrounded by spectacular views of the downtown Vancouver skyline to the south, the snowcapped North Shore Mountains to the north, and the Pacific Ocean everywhere in between. Nature plays a big part in the design, too, with award-winning, sustainably-focused architecture firm ZGF working with Executive’s in-house designers to bring the outside elements indoors. The 71 rooms and suites feature reclaimed wood accent walls, marble bathrooms, oversized windows letting in lots of natural light, and a contemporary “floating” bed that emits a warm, underfloor glow to light your path at night. Guest room hallways, meanwhile, are lined with natural wood portals, curated murals, and bespoke carpets.

A suite tub with a view  Photo: Courtesy of Seaside Hotel

Elsewhere, the on-site Seaside Provisions (opening later this month) is a combination restaurant-bar-lounge serving locally-sourced coastal cuisine and bespoke cocktails, including barrel-aged versions and brunch-only concoctions; in keeping with the celebration of the waterfront location, guests can also arrive to the restaurant via boat, kayak, or paddleboard for a unique dock-to-dine experience. Also slated for an October opening, the Waterfront Spa will offer both medi-spa services using high-tech equipment and traditional spa therapies that take inspiration from the ocean.

The hotel is also conveniently situated to activities like skiing at Grouse or Cypress Mountains, golfing at Furry Creek, exploring the Capilano Suspension Bridge, hiking at Lynn Canyon, or strolling the streets of Downtown. Plus, it’s close to more evidence of the neighborhood’s growth: the recently-launched Shipyards development project, an 84,000-square-foot retail and community hub with winter ice skating rink and a year-round calendar of festivals, performances, and artisan markets.