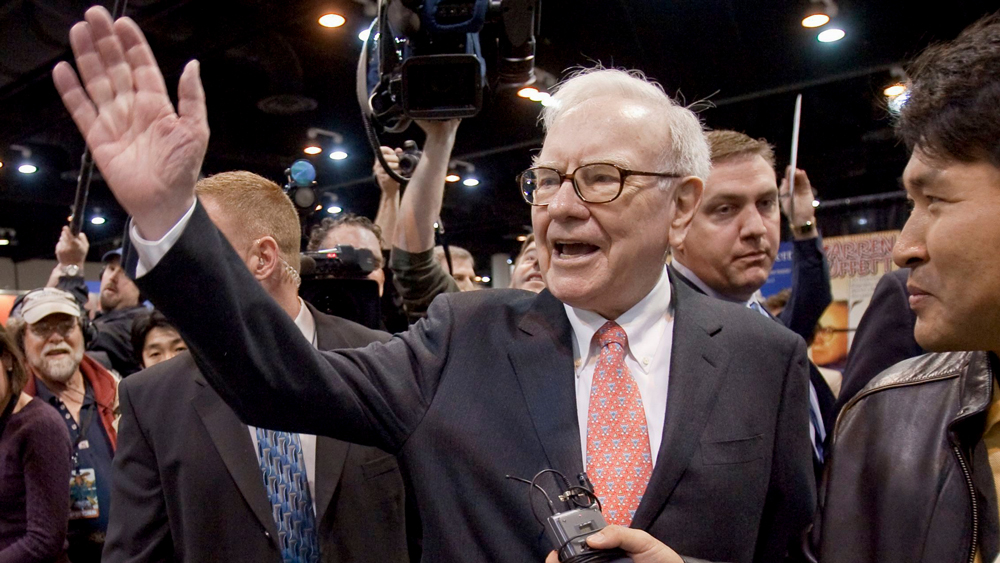 Warren Buffett had a horrible, no good, very bad Thursday—or at least his pocketbook did.

The CEO of Berkshire Hathaway, also known as the “Oracle of Omaha,” took a jaw-dropping $4.3 billion hit when Apple plunged in value by 38 percent in just 90 days, effectively wiping out Buffett’s company’s investment gains. (For context, that’s just a hair under the entire net worth of tech titans like Evan Spiegel and Jack Dorsey.) The billionaire has a $36-billion-plus investment in Apple. Just three months ago, the iPhone maker was the most valuable company in the world, but its share price fell by 9.96 percent on Thursday after a surprising readjustment of its revenue forecast—its holiday quarter revenue was 7 percent lower than expected.

In Q4, Berkshire Hathaway is projected to post a paper loss on investments over $25 billion, according to Forbes. The publication predicts that the company will likely record paper losses in excess of $10 billion for 2018 on a portfolio that began the year at $170.5 billion. In case you’ve been living under a rock this month, the stock market has had its worst performance since the Great Depression. Overall, the S&P posted a 4.38 percent loss in 2018, but it took a 14 percent plunge in Q4 and, apparently, even America’s third-richest man is not immune.

The billionaire has hit something of a dry spell of late. Buffett’s most valuable investments—including Wells Fargo, Bank of America, and Delta and American Airlines—underperformed last year. And currently, he hasn’t seen any gains from his Apple investment save for quarterly dividend payouts. In fact, Buffett’s fortune took the steepest drop among all the billionaires being tracked on Forbes’ real-time billionaires ranking on Thursday.

The loss is not likely to come as a surprise to the wizened businessman, however. In November, Berkshire Hathaway reported an $18.5 billion Q3 profit, thanks to $11.4 billion investment gains led by Apple. But rather than celebrate, Buffett reacted with caution, warning that investment gains or losses in any quarter are usually meaningless and can mislead investors. That combination of prescience and prudence may be one reason the man still has $80 billion to burn—at least as of today.