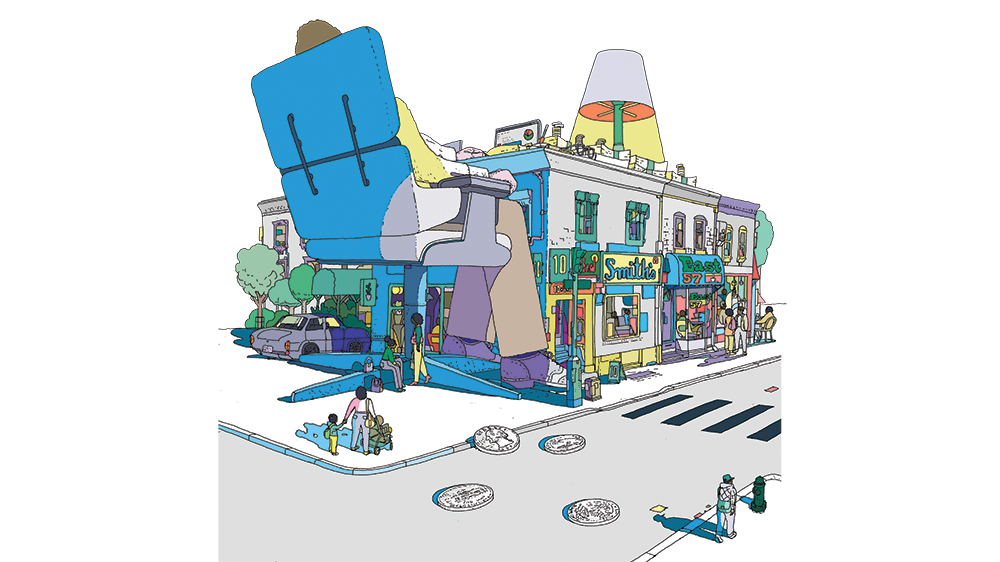 On the three occasions she’s revealed massive donations to schools and other nonprofits, MacKenzie Scott has also broken with another tradition of the donor class. Instead of waiting to publish a triumphant annual letter, she’s written short posts on the blogging site Medium to explain the rationale behind her bequests—and the methodology behind choosing her grantees. At press time, those funds collectively totaled more than $8.5 billion, all of it disbursed within the past two years.

The largest chunk of Scott’s initial giving spree, announced in July 2020, allocated over $586 million specifically for racial-justice groups. In the accompanying note, Scott lamented that “life will never stop finding fresh ways to expose inequities in our systems; or waking us up to the fact that a civilization this imbalanced is not only unjust, but also unstable.” She has given more to similar organizations since.

The underlying strategy behind Scott’s brand of rapid-fire, large-scale philanthropy isn’t surprising: She’s always been very clear about her intention to give the majority of her fortune away as quickly as possible. What is surprising is that, at the highest echelon of the giving ecosystem, Scott appears rare in her willingness to make antidiscrimination work a major priority. On Forbes’s 2021 list of America’s 25 most philanthropic citizens, her bio is one of the few that specifically mentions racial inequality as an area of focus. (George Soros also includes antidiscrimination as one of his.)

“She’s been very front and center about the importance of advancing equity, and also intentionally funding organizations led by people of color, led by women, led by LGBTQ people,” says Kris Putnam-Walkerly, the author of Delusional Altruism and founder of Putnam Consulting Group, which advises billionaire donors, corporations and community foundations alike on their giving strategies.

The hypercompetitive realm of philanthropy tends to attract (and reward) those with deep pockets who want to save the world from its most pernicious problems. Their contributions are a vital tool in the battles against climate change, disease and poverty around the globe. But there’s an argument to be made that a focused, full-scale effort by the donor class to close the racial-equity gap would produce real results across all these areas of concern—and have the rare effect of making life fairer and more equal for everyone.

“You can’t tackle, ultimately or in an enduring way, issues on climate resilience or housing or education without being clear-eyed about the historic racial inequities within those systems,” says Maria Torres-Springer, vice president of US programs at the Ford Foundation, where she oversees programming across a variety of areas that include gender, racial and ethnic justice. “It has to be both part of the diagnosis and then part of the solution… Unless you have a racial-equity lens and a justice lens on that giving, then our belief is that it won’t be enduring—that you’re not tackling the root cause of these issues.”

If the many horrors of 2020 revealed anything, it’s that racism magnifies the impact of nearly every social ill, from access to the ballot box to access to credit. In a study published last September, Dana Peterson, the former global economist for Citi Research and now chief economist at the Conference Board, found that the wealth gap between Black and white families has cost this nation’s economy some $16 trillion since the year 2000—$13 trillion of which might have been generated had “fair and equitable lending to Black entrepreneurs” been provided. According to Peterson, that cost is a conservative estimate based on a few small components of a much larger issue. Racism, after all, is a system, and its significant network of challenges will require equally significant efforts to ameliorate, some of which can only really be implemented through legislative channels.

But that doesn’t mean philanthropists don’t have a role to play in effecting those changes. In fact, if any group of people is able to accelerate the cause of justice, it will be donors with determination to shift public policy.

“We know what it looks like when millionaires and billionaires really want the government to do something,” wrote Morris Pearl, a former BlackRock executive who’s now the chair of Patriotic Millionaires, a group that argues wealth should be taxed more heavily, in an opinion column for USA Today last year. “They use their money and their connections to influence government leaders, and more often than not they get their way. If wealthy Americans cared one-tenth as much about equity for Black and brown people as they did about tax cuts, this would have already been resolved.”

Should the prospect of shifting federal public policy feel daunting, Torres-Springer said she would advise donors who want to make a real impact to look into how they can help in their communities.

“There are certainly groups that are doing work nationally,” she says. “But there are racial-equity groups on the forefront working on issues of housing and on criminal justice right in their own backyards. And so, to do the type of research and make the type of connections with those organizations in their communities is, I think, even more important than looking at lists of grantees from private foundations or other donors. All of that works. All of it is encouraged. There is no one perfect way to do it.”

Charity, after all, begins at home.

Justin Fenner is Robb Report’s deputy digital editor. He’s not a billionaire (yet), but he does support causes including the NAACP’s Legal Defense and Educational Fund and the New York City Anti-Violence Project.