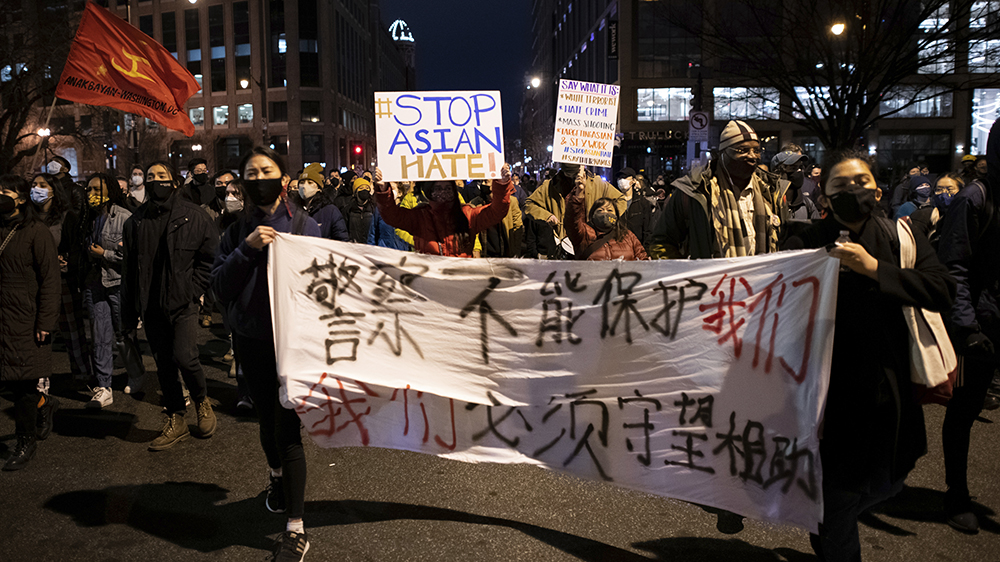 While the last year has been rough for all of us, it’s no secret that Covid-19 has not affected everyone equally. One of the groups hit hardest in the United States has been the Asian American and Pacific Islander (AAPI) community, which has not only had to deal with a deadly pandemic but also a startling uptick in verbal and physical attacks. In February, the watchdog group Stop AAPI Hate released a report detailing this increase, which included nearly 3,800 separate instances of violence directed at this group.

This concerning trend fell to a new nadir on Tuesday, when a gunman shot and killed eight people at spas in the Atlanta area, six of whom were Asian women. Authorities have so far hesitated to call the shootings hate crimes, something that has infuriated many inside and outside of the Asian community. Critics of this reticence have called it irresponsible to ignore the broader context of current racial tension in the country.

“The Asian American community was dreading this day, and we were preparing for it,” Texas state Rep. Gene Wu of Houston in an interview with NPR affiliate KUT, noting that the use of racist rhetoric like “kung flu” and “China virus” had only inflamed these tensions.

“We were trying to convince people to stop using this language so that this day would not come sooner,” Wu said. “It’s meant to be derisive. It’s meant to be mocking. And [Asian communities] know that this puts a target on our backs.”

Hate crimes directed towards the AAPI community and other minority groups are nothing new in this country. If you want to help put a stop to the violence, here are nine groups and initiatives that can use your support.

Set up by the Asian Pacific Planning and Policy Council, Chinese for Affirmative Action and the Asian American Studies Department of San Francisco State University, the center tracks and responds to incidents of hate, violence, harassment and discrimination directed at members of the AAPI community throughout the US.

This nonprofit is focused on normalizing and de-stigmatizing mental-health issues throughout the Asian diaspora. It’s focused on doing this by making mental health care easily available, approachable and accessible in the US and abroad.

A group that strives to uplift the AAPI community in California’s Bay Area by showing support for its most vulnerable members. By focusing on four key areas—philanthropy, community, leadership and awareness—the fund hopes to strengthen the community’s presence and impact in the region.

An Atlanta-based organization focused on protecting the civil and human rights of the AAPI community throughout the Southeast. The group is focused on four key areas: policy advocacy, organization and civic engagement, impact litigation and legal services.

The only organization of its kind focused on building power among women and girls in the AAPI community so that that they have more influence over the decisions and policies that affect their lives and communities. The group’s work is focused on policy, organization and legal advocacy.

The labor union is the first and only organization of its kind advocating to advance AAPI workers, immigrants and their civil rights. Founded in 1992, the group has over 600,000 members, 20 chapters and pre-chapters and a national office located in Washington, DC.

A legal organization that combines litigation, advocacy and education to protect and promote civil rights for the AAPI community. Founded in 1974, the group provides legal resources for those who need them, comments on proposed policy and legislation and educates community members about their legal rights.

A New York-based grassroots organization focused on building a support base for poor and working-class members of the AAPI community. The group uses organization and community engagement to help implement institutional change and push for racial, gender and economic justice.

A federation of lesbian, gay, bisexual, transgender and queer AAPI organizations focused on challenging anti-LGBTQ+ bias and racism. The group is focused on promoting grassroots organization at the local level to promote visibility, build influence and educate communities.