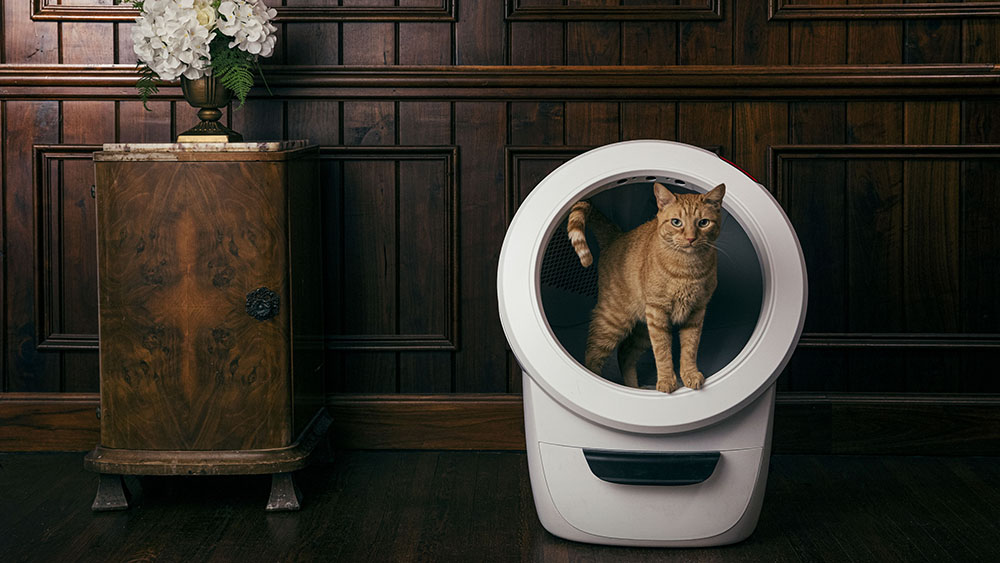 The Litter-Robot 4 ($649) is the successor to the Litter-Robot 3 Connect ($549) and is the most significant upgrade the company has released in the past five years. As a big proponent of outsourcing cat chores, I for one have welcomed Whisker’s robot overlords. After trialing the previous Litter-Robot and the Feeder-Robot—I’m lazy, OK—I put the newest addition to the test over two months, with help from my two Ragdolls Mochi and Mirin, of course.

The first thing that becomes apparent is that Litter-Robot 4 is much quieter than its predecessor, even though it has some complex mechanics at play. The device sports a rotating globe with a sifting mechanism that separates your cat’s business from the clean litter and then drops it in a sealed waste drawer at the bottom. While it’s cleaning, the machine’s noise level sits at between 25 and 40 decibels. It’s basically a very faint, almost indiscernible hum paired with a little rustling of the litter. It’s much less distracting than the previous model, which churns out about 55 decibels. In fact, I barely notice the robot cleaning up the boys’ mess while I make my morning coffee. The cats also seem to appreciate the quiet and are less interested in jumping in the machine while it’s cycling.

The Litter-Robot 4 in black.  Whisker

Robot 2.0 is smarter than its predecessor, too. Although both Wi-Fi-enabled models connect to a handy app, the newcomer gives you more information regarding what’s actually happening in the litter box thanks to a new high-tech laser-based cat sensor. You’ll still receive real-time notifications when the waste drawer is full so you can empty it once or twice a week, but you’ll also get intel on how your cat is using the robot. Most noticeably, the weight readouts help you identify which cat has been to the high-tech bathroom. It’s helpful if one’s sick, for example. The app also allows you to track the machine’s litter levels, adjust the brightness of the light inside the globe and control other settings.

In terms of aesthetics, the new version is far more streamlined than the 3 Connect and about two inches narrower. It has a larger entryway, though, to make it more accessible to bigger cats. It’s still small enough that it can be hidden behind a houseplant, for instance, although Whisker also offers a range of furniture that can help conceal the machine. The rustic Coastal Credenza ($499) does a good job of hiding mine while fitting in with my home decor. The robot itself comes in white or black, so you can pick one to suit your interior palette.

It’s worth noting Whisker has also moved the carbon filter from the front of the waste drawer to the top. This helps trap any odor. I didn’t notice any smell until I reluctantly had to empty the drawer. Otherwise, odors were completely contained.

Now, if I could just get a robot to empty the drawer…