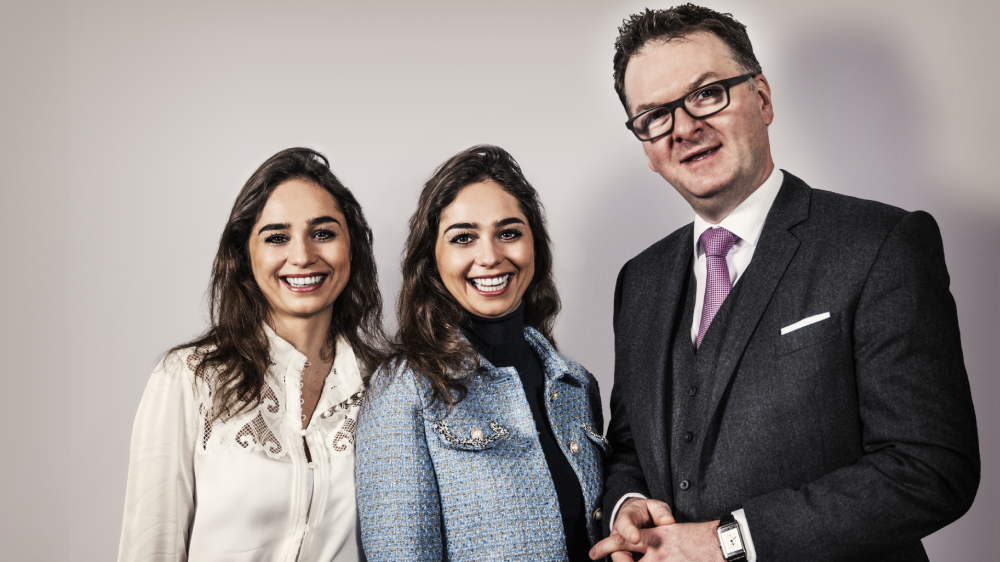 Ewan Venters is CEO of London’s luxury grocer Fortnum & Mason, after a successful period working for rival Selfridges. He has helped increase sales by 70 percent during his tenure and has steered the 313-year-old store to open a stand-alone site overseas, in Hong Kong. Venters was just named Luxury Leader at the most recent Walpole British Luxury Awards. ¶ Identical twins Joyce and Raissa de Haas from the Netherlands launched all-natural-mixer brand Double Dutch Drinks when they couldn’t find mixers that matched the quality of the superb small-batch liquors, especially gin, now on offer. ¶ They first met at a dinner in 2016 for nascent entrepreneurs. Venters was asked to be the keynote speaker, sharing lessons from his career in food. After that supper, the twins managed to stand out with a simple gesture.

“I hosted a dinner for 25 people, but interestingly, they were the only two who wrote to thank me. In Scotland, we were all brought up to be very appreciative of people’s kindness, and to this day, I’m a stickler for dropping people a note. Now a handwritten note is an especially powerful thing. So I invited them in for a cup of tea to chat more about their business. That’s the early moral of the tale: People who have good manners sometimes achieve a lot in their life.

“I started my first business when I was 11. It was a little bakery business I built up until I was 16 and sold when I moved to London for my first job. That’s a golden thread between us—a deep entrepreneurial spirit when relatively young. They have an early professional maturity and a willingness to rise to the occasion.

“At the Fortnum & Mason awards last year, HRH the Prince of Wales came to receive a special award, and they were in line to meet him. They were just charming and knew how to communicate with him. The minute they started talking about organic flavors, he was fascinated by the curiosity of their story.

“I’m 47 and they’re 29, so there’s a generation between us. With that, I respect one difference: their desire to put business first, being willing to sacrifice an awful lot for the sake of its success. They borrowed money from their parents and sold everything. They’re very frugal and don’t take much of a salary at all. When I was their age, I had the same drive, but I wanted a certain quality of life too.

“What also impresses me is their ability to be such great brand ambassadors. They do like to have a gin and tonic, and they know how to party. They’re living their brand.”