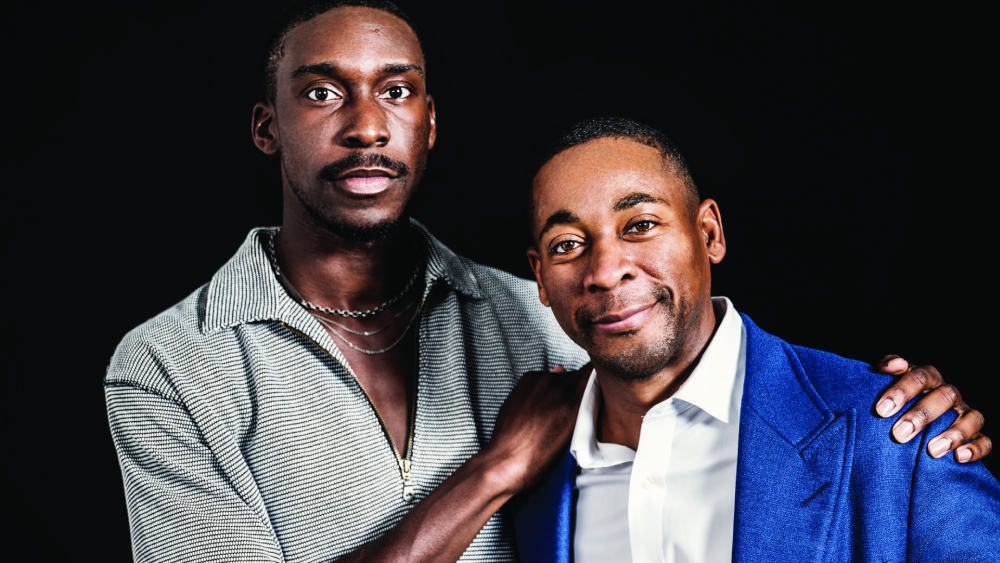 Franklin Sirmans has been director of Pérez Art Museum Miami (PAMM) since 2015. He worked as an art critic in Milan before becoming an independent curator. His reputation soared after he mounted a blockbuster 2005 show on Jean-Michel Basquiat at the Brooklyn Museum, leading him to positions at Houston’s Menil Collection and the Los Angeles County Museum of Art. ¶ A recent graduate of the University of Texas at Austin, Ade Omotosho also studied the Yoruba language in Nigeria on a Fulbright-Hays grant and served as a fellow at the Museum of Fine Arts, Houston. He is now an independent writer and curator based in Miami. ¶ They met a little over two years ago, when Omotosho successfully applied for the inaugural Ford Foundation Curatorial Fellowship at PAMM, earmarked to support students of color aiming for a career in the field.

“Ade came to the museum [world] not through curating but through writing and poetry—as I did. Greg Tate is a really strong spot for both of us. Ade has a fascination with how literature evolves and is a part of the conversation with visual culture. And to be able to talk about that with someone in their early 20s? It’s quite amazing and phenomenal. I feel like I’ve learned just as much from him.

“People always said, ‘You’re going to love him because you’ll be able to relate to him.’ One of them was [Studio Museum in Harlem director] Thelma Golden, who curated the landmark exhibition Black Male [at the Whitney Museum]. He’s been doing a lot of work on the body, in particular looking at black males, as I have.

“His ambition is for art and creativity to make a difference in the world. It’s not just about making an art show to him but also: Who’s going to be affected by it? What kind of social agency will that idea or exhibition lead to? He thinks about shows in a wider context, and that’s absolutely the way I think, too.

“Right now, he’s doing the damn thing I did, trying to figure things out by engaging in deep conversations with his peers: artists, sculptors, photographers. And he’s writing and writing, which means he’s figuring shit out. Will that turn into a degree? Probably at some point.

“He has a genuine sense of humanity about him that attracts people. That’s why all these people have had so many amazing things to say about this kid, as he only got out of school in 2017. He’s optimistic, and he believes in the power of creativity, so he’s a very special person in that way.”