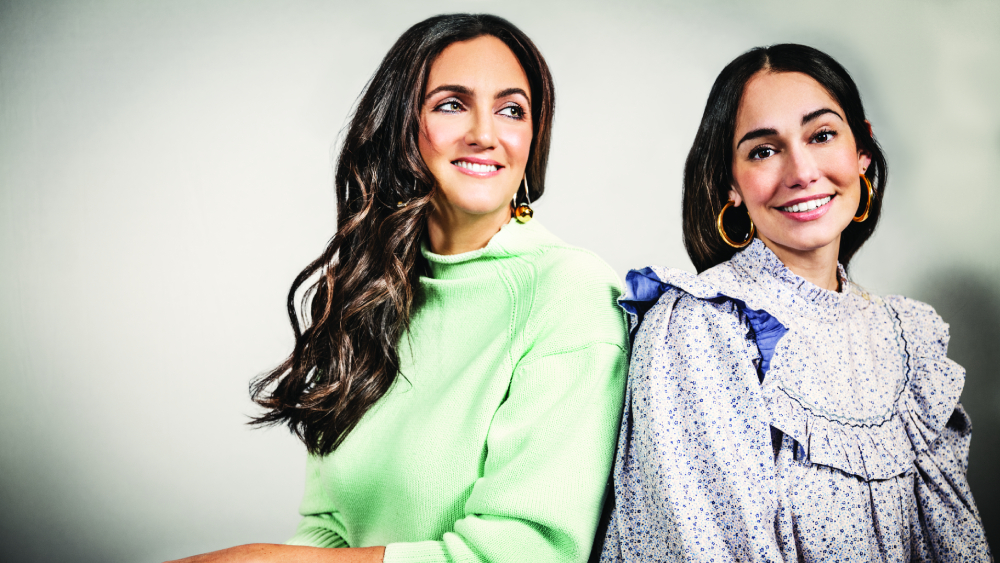 Jenn Hyman is cofounder and CEO of Rent the Runway, the sharing-economy company that allows members to rent luxury clothes rather than buy them. It currently has 11 million members and works with more than 700 labels and designers. ¶ Audrey Gelman is CEO of women-only co-working space the Wing. The three-and-a-half-year-old start-up has locations across the US. ¶ They met in late 2014, when Gelman was first workshopping her start-up to finesse its mission before launch.

“One of Audrey’s superpowers is bringing people together. She is probably the best networker I’ve met in my life and has brought the hundreds of relationships she’s built over time—in the worlds of politics, Hollywood, journalism—to the Wing. She created a sense of community that people are proud to be part of, and I think Rent the Runway has done that as well. My understanding of the customer and the environment we’re in has enabled us to build a community of thousands of designers.

“We’re both social. We have exuberant personalities, and we’re charismatic—we have an ability to sell. And we both think that confident women can change the world.

“I think we’re both leaders, in that we believe we have to run value-driven organizations. We have to create what a modern workplace should be, and we’ve both innovated [in that], from equalizing benefits to the diversity of our workforce or being vocal in the political sphere about issues that both of us believe in, like parental leave or the minimum wage.

“We both have a deep understanding of the experience of being a professional woman, the pressures that women are under. From our first meeting I knew I wanted to be a part of her life. In reality, there are aspects where I think I am the next her. She’s a star in so many areas that I can learn from, where she is mentoring me. When it comes to everything related to the visual aesthetic, for example, she’s not just better than me, she’s better than everyone—she’s the best in the world at understanding how to make something cool. That’s a skill I do not have.

“I think that Audrey is going to be a senator or the president of the United States one day. I plan to be retired, cheering along watching her on TV. Hopefully she’ll invite me to a party once in a while.”