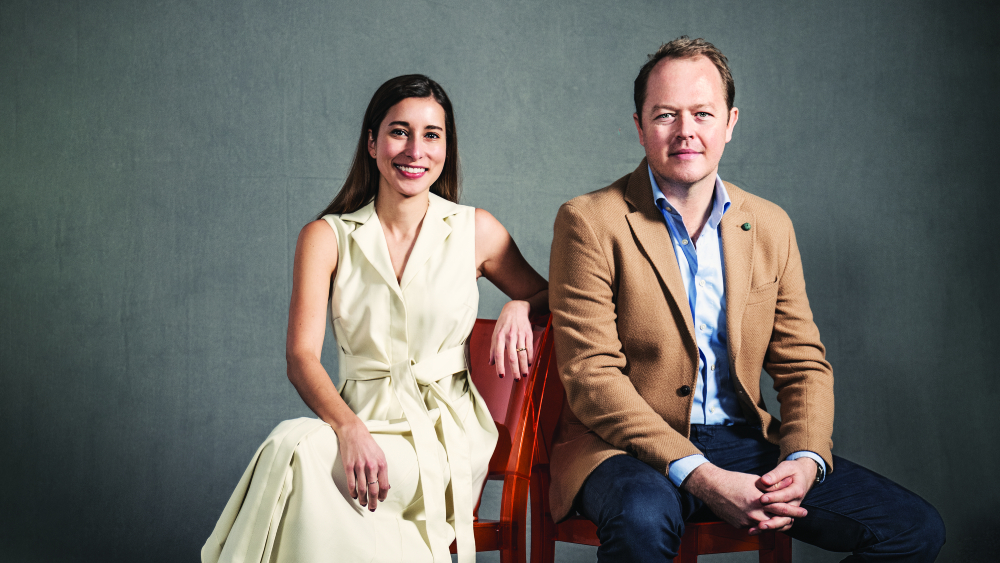 Linden Pride is co-owner of Dante in New York City’s Greenwich Village. Since he and his wife acquired and relaunched the hundred-year-old establishment in 2015, it has earned multiple accolades as the world’s best bar, including the Spirited Awards at Tales of the Cocktail in New Orleans, mixology’s answer to the Oscars. He has just opened a second location, in the West Village of Manhattan. ¶ Kristin Murray is studio director at Lambert McGuire in Austin, Tex., a hospitality-focused design firm led by boutique hotelier Liz Lambert and restaurateur Larry McGuire. ¶ Pride and Murray met when both worked for restaurant-and-design firm AvroKO in New York in 2012.

“When I met her, she was obviously very engaged and very bright. And I just loved the fact that she’d moved to New York to pursue something she was passionate about. I’d done the same thing a year earlier.

“Kristin is a steady hand in the chaos of opening a restaurant, where you have to pull together so many different things. She became my project manager at Dante. We had taken over this space and were paying rent from day one, so we had to turn it around in as little time as possible. Her ability to cut through the noise and stress of bleeding money, and a landlord banging on the door saying, ‘What the hell are you doing?,’ was very refreshing. She is not fazed by the moment.

“Kristin didn’t come from a hospitality background. When she got out of college, she was picked up by Microsoft. But she is passionate about it, and she has a similar mindset to me, always looking at the big picture. You’ll never be successful if you’re just looking at the day-to-day running of the restaurant, moment to moment.

“The great thing about us is we don’t have a lot in common—she’s more the yin to my yang. Kristin needs to be pushed a little, and I need someone to support me when I go out on a limb. She’s the other side of the coin to my skill set.”