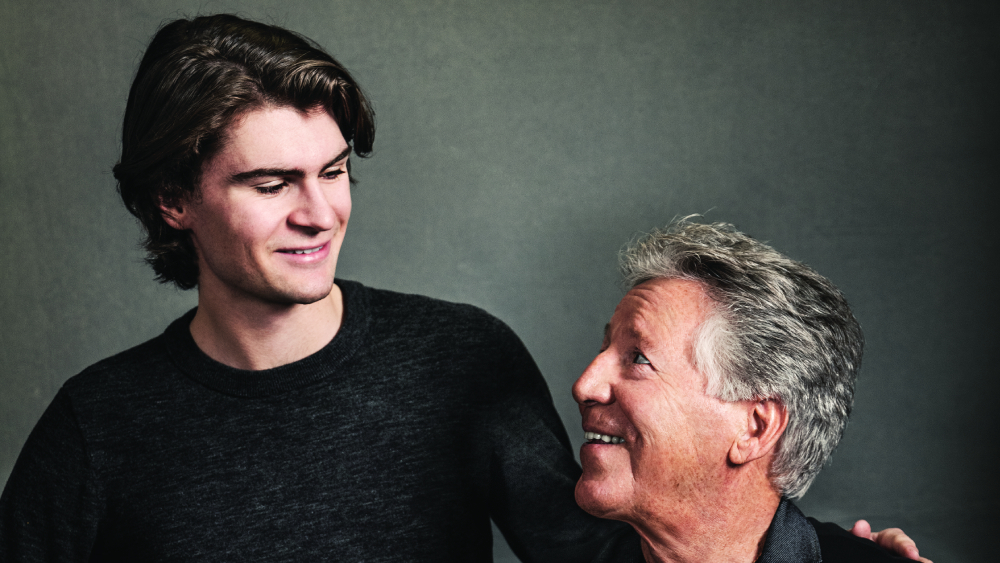 Motor-racing icon Mario Andretti is the only driver to have won the Indy 500, the Daytona 500 and the Formula 1 World Championship. He had a total 111 career wins and was the last American to win a Formula 1 race, in 1978. ¶ Colton Herta is a second-generation racecar driver, the son of Bryan Herta. In 2019, at the age of 18, Colton became the youngest person to win an IndyCar Series race. ¶ They met in 2003, when Bryan joined the racing team of Andretti’s son; Colton was then three years old.

“Colton was like a little army brat but in motor racing, just like my own kids. And as a little guy I used to call him Spiky, because he had a small Mohawk.

“I see myself in him for several reasons. Number one, in his very first season at the top level of IndyCars, he was the revelation as a rookie. He won two major races, including the last one of the season. He wasn’t just the winner, but he was on pole and led almost every lap. Sometimes, drivers on pole are a bit overwhelmed, but he withstood the challenges without putting a wheel wrong anywhere. That takes balls.

“I don’t know if I can profess to have been that driven, but I did have a burning desire, a love, to pursue this career. I see that in him as well. When you’re motivated by a desire like that, you just take no prisoners.

“When I reached the top level in the 1960s, my first season when I won a race, I was 25. That was young vis-à-vis the sport. But Colton? He was 18 when he won his first race, six days before his 19th birthday.

“He’s so articulate and understanding. He is able to communicate with the engineers as far as the behavior of the car, the adjustments to make to get 100 percent from that car.

“Here’s the thing: You cannot teach anyone to go fast. You either have that inside of your belly or you don’t. The only thing you can teach is to minimize mistakes. There are some good drivers, some great drivers, and then you have the racers. The racer is the one who really gets it. And he is a racer. He wants to race not just the main discipline but whenever he has the time on the side to race somewhere else. That’s what I did my entire career. When I did Formula 1, I was still driving IndyCars. When you want to race? Race, race.

“For me to mention that I see myself in him? It makes me look good.”