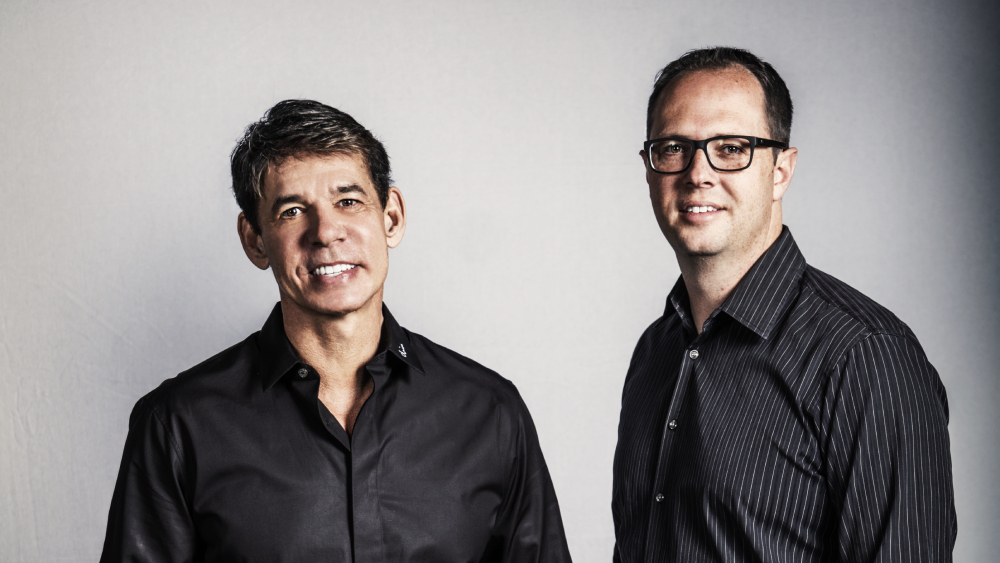 LA-based starchitect Richard Landry has been nicknamed King of the Mega-Mansion, sometimes working on homes as large as 50,000 square feet. For more than 30 years, he’s been known for his deft, hard-to-categorize design sensibility, which ranges from classical to modern. Clients have included Eddie Murphy and Rod Stewart. ¶ Joseph Spierer worked for Landry before establishing his own firm in 2009, which also focuses in part on large homes designed in eclectic styles and primarily located in California. ¶ They met when Spierer was a 13-year-old schoolboy and Landry was working on a project with his father. They reconnected five years later, when he returned as an intern for the firm.

“When you tell people you want to learn, people open up to you. I’ve been an architect for 35 years now. I’m still that same inquisitive person as when I started out. I always say the day I stop learning is the day I’m going to quit. When Joe was an intern, he was so inquisitive. He would ask me if we could have lunch, and he’d come with a pad with a list of questions written on it, which he’d pull out and start running through. He’s very successful now, but he still has that ability, a need to ask questions.

“The way he was with me—asking questions and really listening—he’s like that with clients, too. Our business isn’t just about creating great design. It’s so much to do with understanding the clients, and we’ve always welcomed our clients into the design process.

“I tell my people here: It’s important whenever you’re doing something that you always close the loop. When someone asks you for something, make sure they received it after you send it and ask for comments. He would always do that.

“I remember on my lunch break, walking on job sites and saying, ‘Hey, I’m a young architect who’s just moved to LA from Canada. How do you guys work here?’ Joe was like that. He would sit down and talk to builders, asking them questions about their process.

“For me, self-criticism has always been so important. I remember when I referred a remodel to him of a house I had designed many years prior. He basically asked me if it would be OK to come and show me what he was doing. He wanted me to tell him what I thought. He wasn’t afraid of showing it to me, so I could criticize it. He wanted to do the very best he could, as I always do.

“It’s hard to let go of good people, but I always understood, because I did it myself—I spent three years at an architecture firm in Alberta before moving here. Joe had that ethic all along: ‘OK, I’ll go get my own clients, build my reputation and fly on my own.’ When he left my firm, he came to me and thanked me for everything I’ve done. A couple of times every year, he takes me out for lunch to ask me questions.”