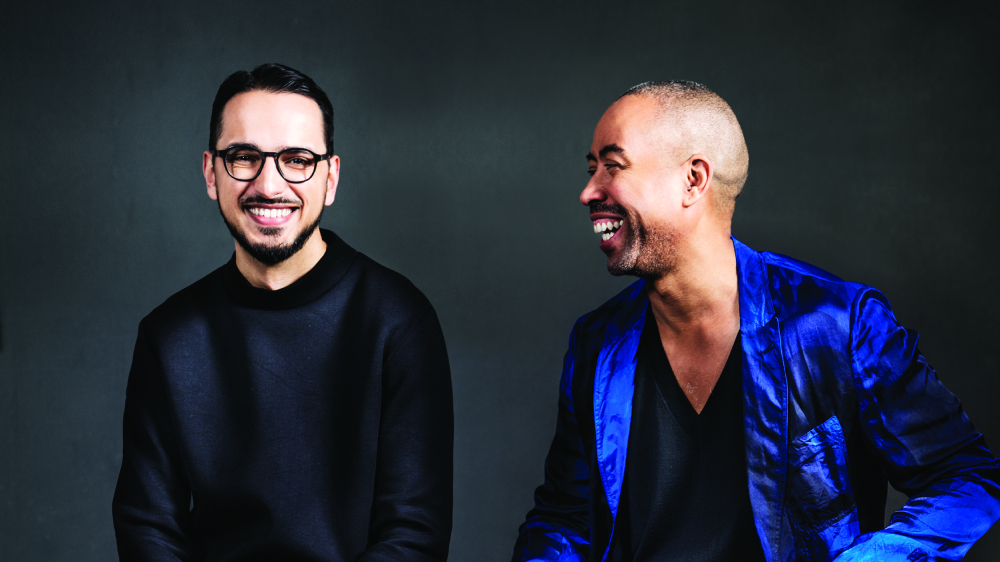 Stephen Burks trained as both an architect and a product designer before embarking on a genre-spanning two-decade career. Under the aegis of his New York–based studio, Stephen Burks Man Made, he has tackled everything from furniture and consumer products to retail interiors for clients such as Missoni, Dedon and Harry Winston. ¶ Johan Schwind is director of design at Urban-X, an incubator owned by BMW’s Mini marque. He is also a product designer and architectural photographer. ¶ They met in 2016, at Mini’s Brooklyn design incubator, A/D/O, after Burks was tapped to be designer in residence.

“It’s been great for me to have this cross-generational relationship. Johan’s really smart. Millennials are much more traditional than you think, and they’re looking for structure, balance and security—all the things the modern world strips away from you.

“You may not think of me as a futurist, but to be quite honest, I’ve been trying to figure out what the future of design is via age-old wisdom and traditional craft production. He’s got a crazy interest in the future of design, too, but his approach is to figure it out through start-ups, entrepreneurship and technology.

“He has an understanding for the grassroots method of product development the same way I do, and that’s led to some pretty interesting conversations. We’re always talking about how quote-unquote ‘develop- ing countries’ leapfrog certain technologies and innovate on the fly. Take transportation in India—what place do rickshaws play in modern-day Delhi? You can develop a new version that holds on to its cultural tradition but still accommodates the need of the future.

“We were both raised by single mothers, and that affects how we see the world. There has to be more of an appreciation of humanity somehow. I feel that in his work, too, even though it’s so technologically driven.”