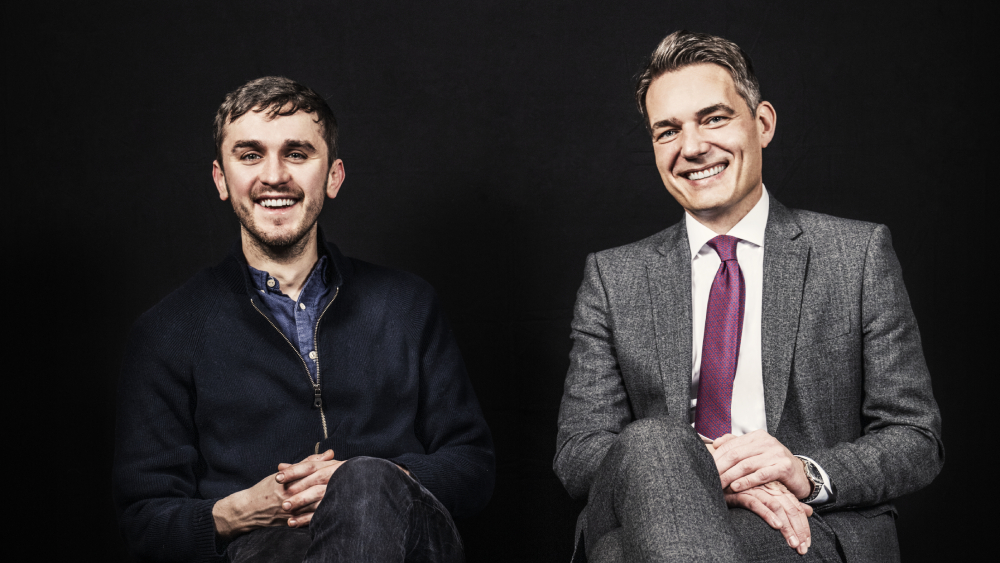 Thomas Kochs arrived in London from his native Germany 20 years ago. Since then, he has logged stints in senior roles at many of the capital’s most luxurious properties, including serving as general manager of Claridge’s and managing director of the Hotel Café Royal. He is currently GM of the Corinthia London. ¶ Ben Marks began his career at Claridge’s, where he met Noma’s René Redzepi via a pop-up residency there during the London Olympics in 2012. Marks went on to work for the famed chef as well as under Michelin-starred chef Philip Howard before cofounding the restaurant, Perilla, in which Kochs is an investor. ¶ Kochs and Marks met in 2009, while both were working at Claridge’s.

“Ben is a very nice guy. We both believe that courtesy and friendliness cost nothing. Looking at the world positively makes it a brighter place. We share that attitude. And our approach to work is similar: Nothing in life is free, and if you give a little more, you’ll probably also get a little more.

“I come from a food-and-beverage background, so I really love spending time talking with Ben. I am always looking for something a bit unexpected, and he has a very special talent. Somehow his brain and his mind are wired a little differently. You will always find certain newness and surprise in his food, but he will never challenge you in a confrontational way when it comes to flavors. Some chefs put something in your mouth and sell it to you as if it’s incredible, but you didn’t really want it. That never happens with Ben.

“I can stay in touch with the culinary world through him. He has the same passion.

“He is stubborn, but he also believes in what he does, and he’s proving that over and over in the restaurant. We both have very exposed jobs, as there are very few businesses where you get as much direct feedback as hotels and restaurants. You have to be resilient to listen to that every day.

“Some people have an aura, an energy, an interest and a capability about them that’s hard to put into a formula—they just have it. That’s probably what talent is. I look at Ben and think he has something a bit special like that. He also works very elegantly. There is no clumsiness about his work.

“He would probably say that I am someone he could always call for an opinion. He probably finds me a bit annoying at times, as I always have something to say. Like him, I have an opinion on everything.”