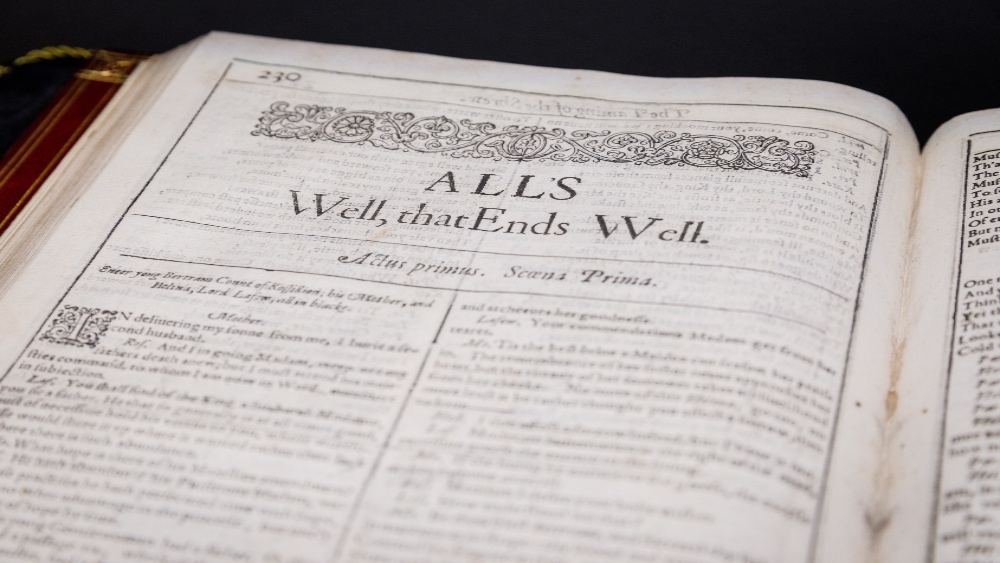 A nearly 400-year-old collection of William Shakespeare’s plays sold just under $2.5 million at Sotheby’s auction in New York City on Thursday. The folio is one of 18 remaining copies left held by private collectors.

The folio contains a collection of 36 of the Bard’s most famous plays, with half unpublished manuscripts.  According to Sotheby’s, the copy was originally owned by a Scottish family who acquired it sometime in the 17th century and was most likely the only remaining copy with early Scottish provenance. The folio has experienced some wear and tear, with annotations and doodles from family members scattered across pages, some dating back to the 1600s.

The original copy of the towering playwright’s first folio is often referred to as the most important book in English literature, which makes this a rare opportunity for collectors of literary works. None of the playwright’s contemporary manuscripts survived; without the first folio, the world may have never known epic tales like Macbeth or The Tempest.

“This copy is particularly special for the traces of the previous owners in its pages, many of whom have left their indelible imprint throughout the book,” Richard Austin, Sotheby’s global head of books and manuscripts, said in a statement. “[It reminds] us that this is also a living piece of human history that captures the ways in which generations of Shakespeare fans have been inspired by the Bard.”

Of the 750 copies kept from their first print run in 1623, only 234 are known to still exist today, with a majority being held in public collections. This is not the first time a copy of the folio sold for seven figures. In 2003, another copy of the first folio hammered down for more than $3 million.