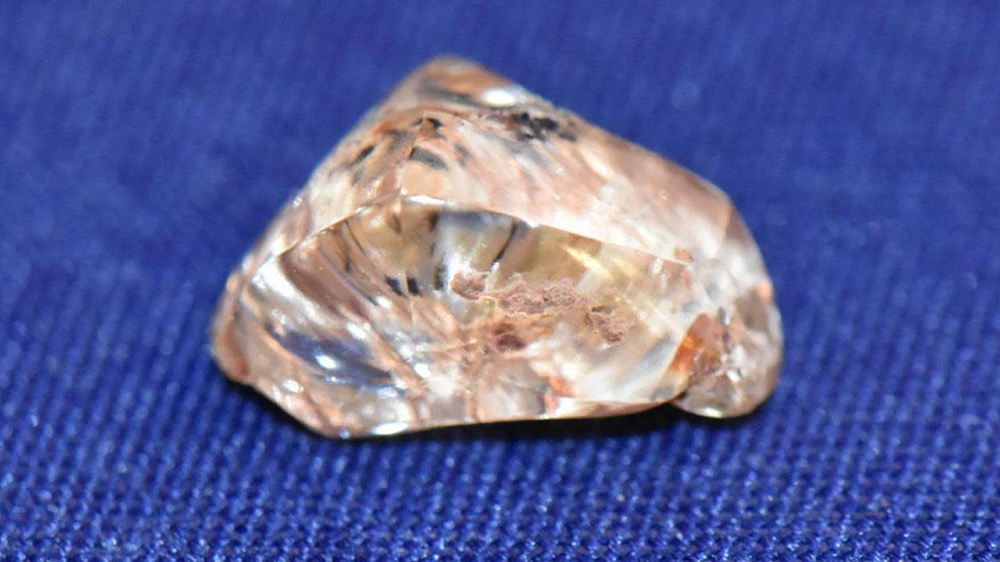 YouTube is great for teaching us things, like how to put up shelves or fix a front fender. But now the platform is successfully helping people discover precious gemstones: On Friday, a Texas woman discovered a sizable yellow diamond while watching a YouTube clip on how to find diamonds.

Twenty-seven-year-old Miranda Hollingshead visited Arkansas’ Crater of Diamonds State Park for the first time last week as “something fun” to do with her siblings and mom. According to a post on the the state’s parks website, Hollinghead scoured the 37.5-acre diamond search area for about an hour before taking a YouTube break at the base of a hill on the northeast side of the park.

“I was sitting in the shade, watching a YouTube video on how to find diamonds. I looked over at my kid for a second, and when I looked down, I saw it mixed in with other rocks,” Hollingshead said.

According to park interpreter Waymon Cox, Hollingshead’s diamond was likely unearthed with the recent rain, making it easy to spot. “Ms. Hollingshead happened to be sitting in just the right place to see the diamond sparkle in the sun,” said Cox. (Chalk it up to weather or fate, we’re still keen to get a link to that Youtube video.)

After showing off to her family, Hollingshead took her score to the Diamond Discovery Center where the park’s staff registered it as a 3.72-carat yellow diamond.

Hollingshead and her son named the sparkler—which is about the size of a pencil eraser—Caro Avenger. “He chose the name Caro, and I am a fan of superheroes, so it seemed like a good fit,” Hollingshead said.

Caro Avenger is the largest rock to be registered at the park since March 2017, when an Arkansan teen found a 7.44-carat brown gem. Still, even at nearly 4 carats, it’s dwarfed by one of the biggest yellow diamond ever mined: The 128.54-carat stone featured in Tiffany’s $30 million pendant necklace, which was sported by Lady Gaga last Oscars.

Hollingshead said if she doesn’t sell the stone, she’ll probably have it fashioned into a ring. We suggest she take some inspiration from Lugano Diamonds’ designs.