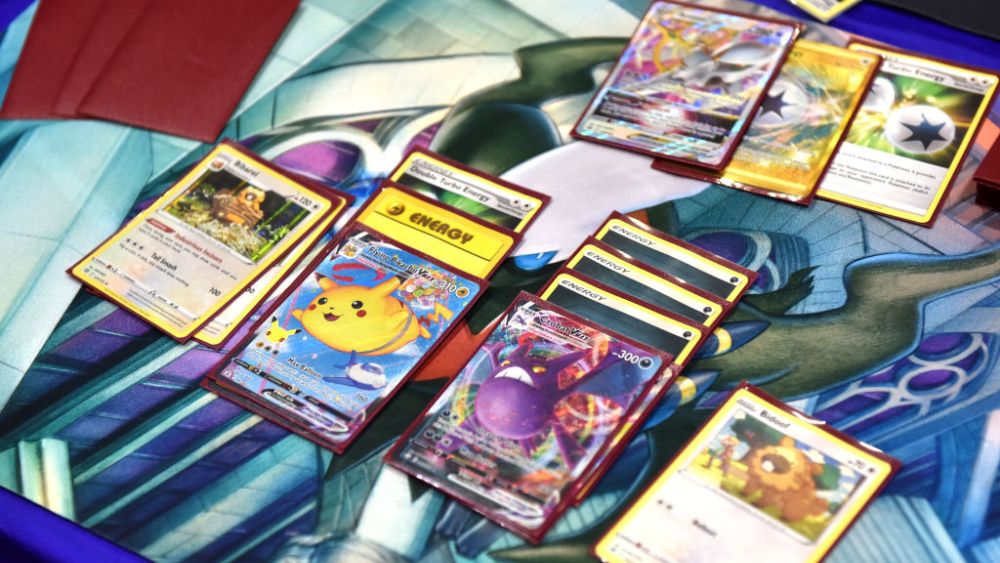 After amassing a jaw-dropping amount of Pokémon memorabilia, one superfan is ready to part ways with her stash. Now, it’s your turn to catch ‘em all.

More than 20,000 items from the Pokémon franchise will be up for grabs next month in the UK. Hansons Auctioneers will be acquiring the lot from a woman in Hertfordshire who earned a Guinness World Record for the largest collection of Pokémon memorabilia, reported BBC. The merch being offered includes everything from vintage action figures to original posters and could fetch over £300,000 (approximately $340,000). Turns out, nostalgia is a powerful and pricey thing.

“There are more than 20,000 individual items which amounts to a world-record amount for one single Pokémon collection,” explains David Wilson-Turner, Head of the Toy Department at Hansons Auctioneers. “It covers everything from folders filled with trading cards, sealed box sets, rare cards books, stationery and food to hard-to-find items, figures, plush toys, Pokémon stands, apparel, clothing and much more.”

The seller has been adding to her treasure trove for more than 25 years, sourcing sought-after collectibles from all over the world including the UK, US, France and Japan. Although, she told the auction house that she was giving up the relics for financial reasons. “From childhood, every penny of pocket money and savings went on Pokémon and when it came to Christmas and birthdays, Pokémon presents dominated.” One item she does intend to keep? Her Guinness World Record certificate—it was formerly on display as part of a pop culture exhibit at the Herford Museum.

If you’re considering placing a bid or two, prospective buyers should know that adding memorabilia to their Pokédex does not come cheap. In fact, a single Pocket Monsters Japanese Promo “Illustrator” Holographic Pikachu card just sold for $900,000 in March—a new record for the Poké series. A few months later, YouTuber Logan Paul made headlines when he paid a whopping $5.27 million to acquire a one-of-a-kind PSA Grade 10 1998 Pikachu Illustrator card. Naturally, he turned it into an NFT.

“Pokémon has been soaring in value in the collectors’ market for six years,” adds Wilson-Turner. “Wealthy young people in their 20s and 30s who got into Pokémon when they were children are buying and prices have spiked. This is a fantastic investment opportunity for a wealthy Pokémon collector or any wise investor.”

Fans of the franchise, get ready. The auction kicks off on November 14 at noon at the firm’s headquarters.