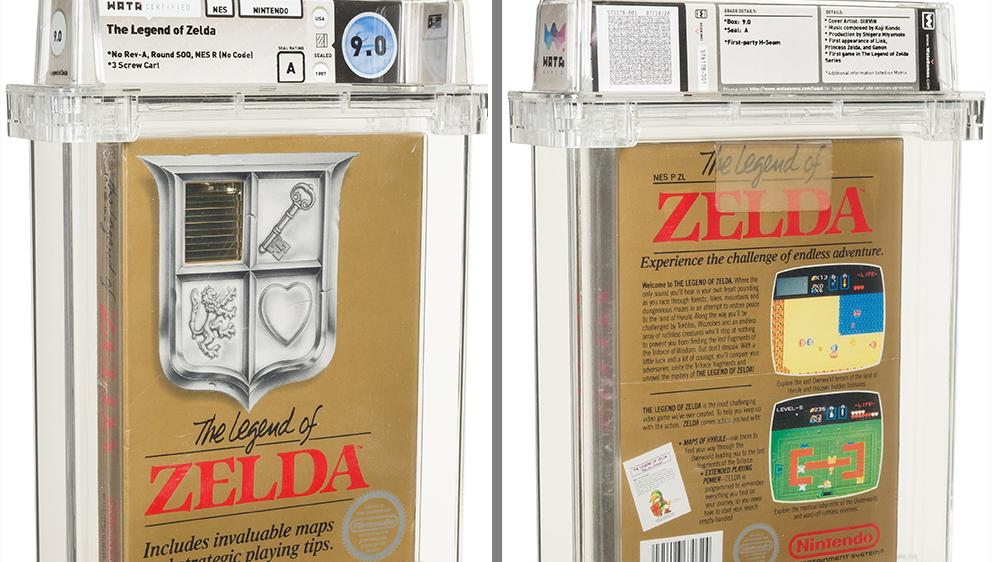 … is what the folks at Heritage Auctions may have said when the hammer dropped on a record-setting sale of one of the very first Legend of Zelda cartridges ever made. The now-famous quote comes from one of the game’s earliest moments, when an old man in a cave gives the playable character and hero, Link, a sword to protect himself.

The cartridge sold for a whopping $870,000 at auction. That price makes it the most expensive video game ever sold, topping the $660,000 record previously set by a sealed Super Mario Bros.

The game was released for the Nintendo Entertainment System (NES).  Unsplash

Legend of Zelda cartridges can be snapped up for about $30, though, so what makes this one worth a nearly one-million-dollar splurge? The game was released for the Nintendo Entertainment System (NES), one of Nintendo’s first home consoles, in 1986. The company changed how they packaged and engineered their cartridges during that time, so early iterations—particularly ones with extremely limited runs—are highly valued.

This $870,000 Zelda has those coveted elements in spades. It’s a rare “NES R” variant, which was produced in late 1987 for only a few months; the cartridge is the only known existing copy from this short run, according to Heritage Auctions. The “NES R” version of the game is distinguished for its Seal of Quality, which is a round shape, rather than the oval shape that was used later on. The hardware itself is also distinct, as it has a five-screw design, which was soon scrapped in favor of a three-screw look.

Best of all, the game is still sealed. Those looking to take another trip through the mythical land of Hyrule may not want to crack a version like this open, then, as so much of its value hinges on being untouched and unplayed.

It’s also a game that spawned a massive franchise. The Legend of Zelda series is one of the most recognizable names in modern gaming, and remains one of Nintendo’s most popular properties. Breath of the Wild, the latest Zelda entry, which was released in 2017, is one of the top 50 bestselling games of all time. Much of the plot in these more recent games is the same as in the original Legend of Zelda: A boy wearing a Peter Pan-esque getup named Link must rescue the princess, Zelda, from the tyrant Ganondorf.

If you missed out on this particular offering and want to invest in a similarly collectible cartridge, a rare Super Mario 64 is still up for grabs. Game on.